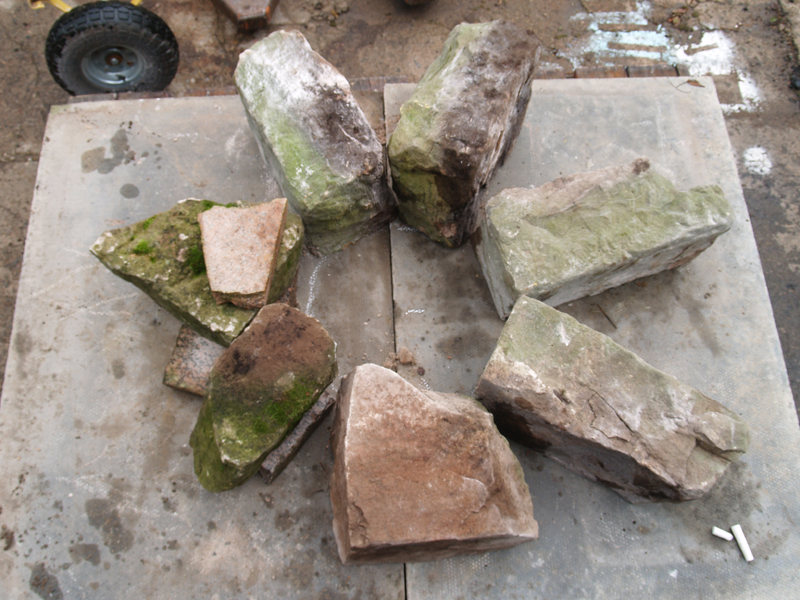 During the two-week intense practical application of creating a successful iron smelt using information from Pictish archaeological findings, Darrel Markewitz and Eden Jolly ran three smelts, with the final smelt being held during Day 2 of the From Turf to Tools OUTING.

“We had a good turnout for the third and final smelt of the project, with visitors from as far afield as Fife driving up to witness it.

We had initially planned to use human power to provide the blast air, but unfortunately information gleaned during the first two smelts proved that the required flow rate was greater than that able to be produced by the bellows we had constructed. Had they been slightly bigger then it would have been possible, however it would have meant one pump of the bellows every second for over 6 hours, perhaps showing that in Pictish times the iron smelting process could have been a community effort?

The final smelt ran smoothly, the team consisting of Eden as Furnace Master, Thomas Stackhouse in charge of ore addition, James McCarthy adding the charcoal, with further help from our volunteer Richard as well as Dirk the whisperer from the Scottish Crannog Centre. Darrell was Lord Overseer and ring master, making sure everyone knew what they were doing as well as explaining each part of the process to the appreciative audience. The team were well drilled and confident after the first two smelts, resulting in an efficient and relaxed atmosphere.

As an added experiment during the burn down part of the process, Emma Harrison, an archaeology under-graduate from Aberdeen University, added roasted bone fragments to the furnace in an attempt to replicate metal found in Iceland during excavations. Emma has taken some of the bloom back with her to University for analysis and we look forward with interest to the results.

This time the ore used was 40kgs of a mixture of Analog and roasted Taconite, eventually providing a huge bloom with an initial weight – before compaction – of over 11kgs.

Fortunately the end of the smelting experiment does not mean an end to the Turf to Tools project, it is only the first part of an investigation and exploration of the issues informing and raised during Turf to Tools. Online dialogue will continue with Darrell, and of course here at SSW. For those interested in the project please get in touch, and we will of course keep you posted with our progress.” 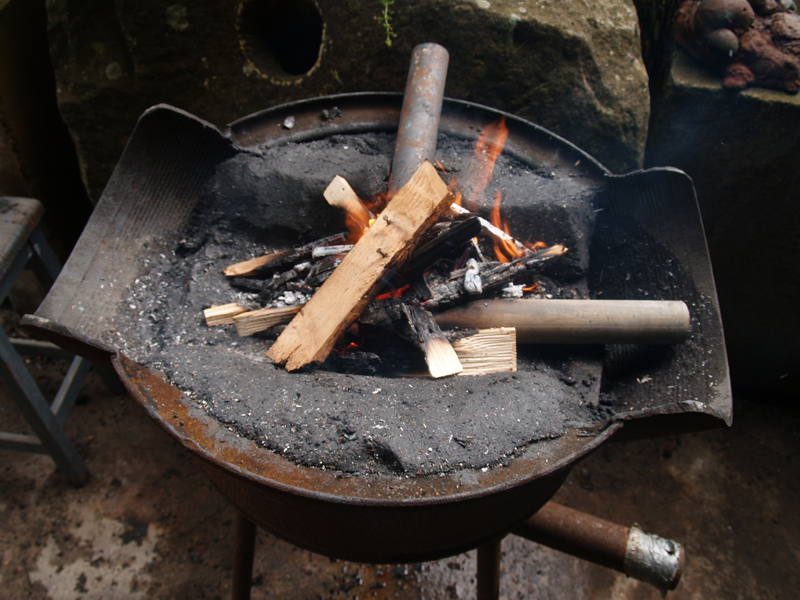 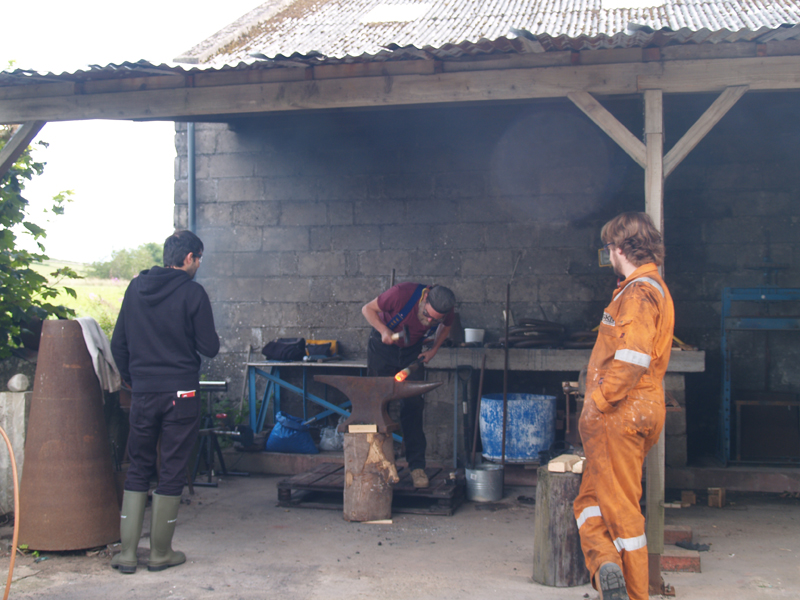 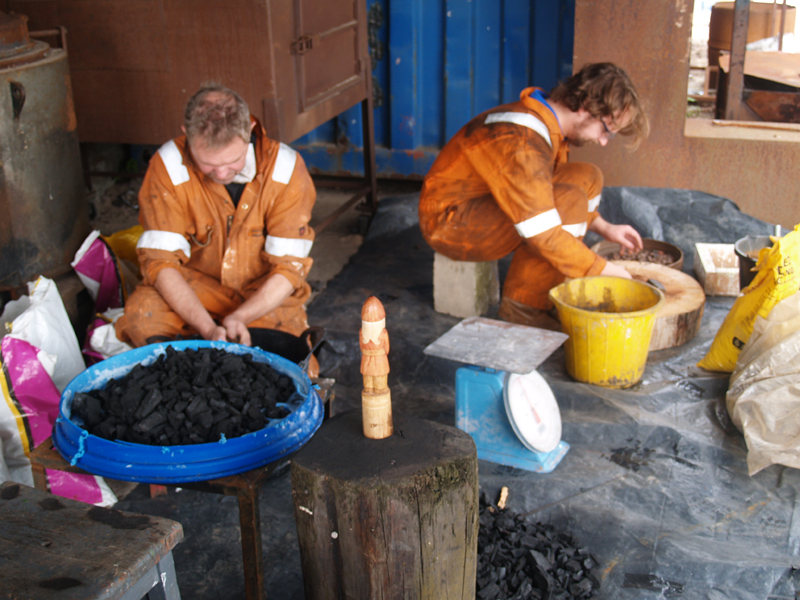 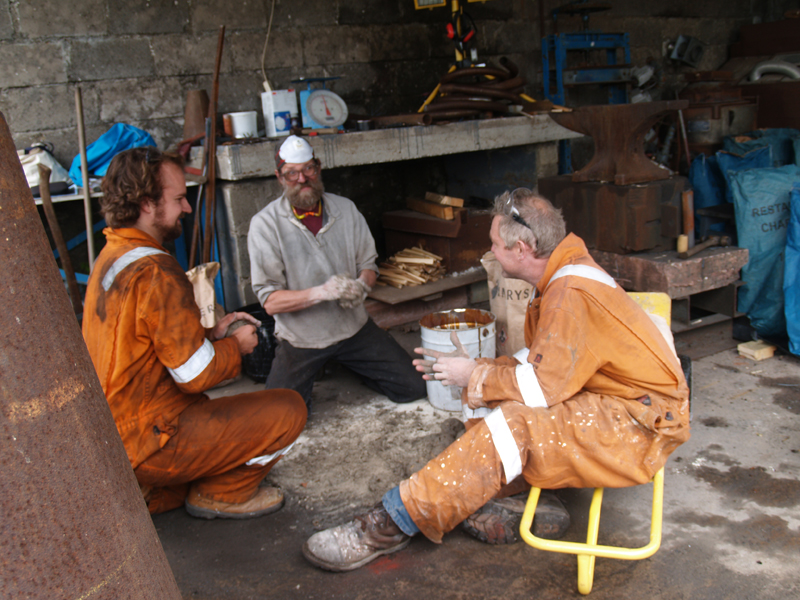 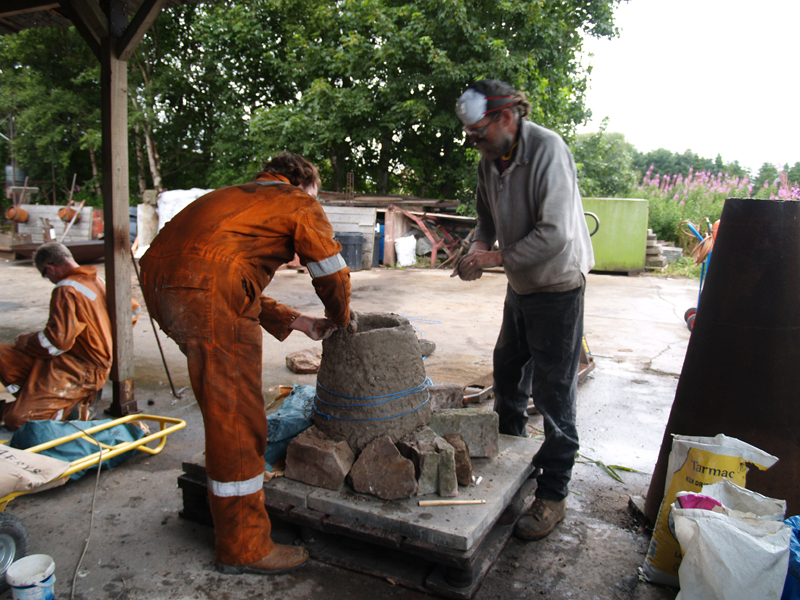 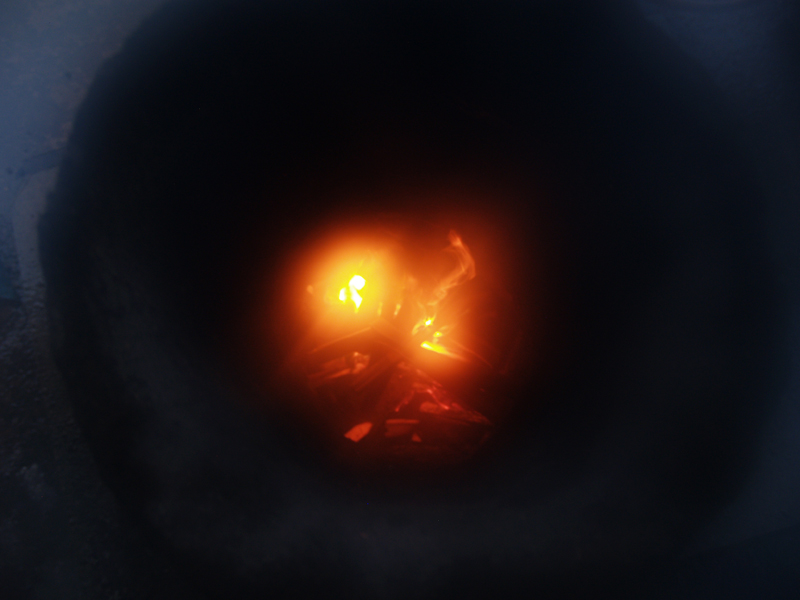 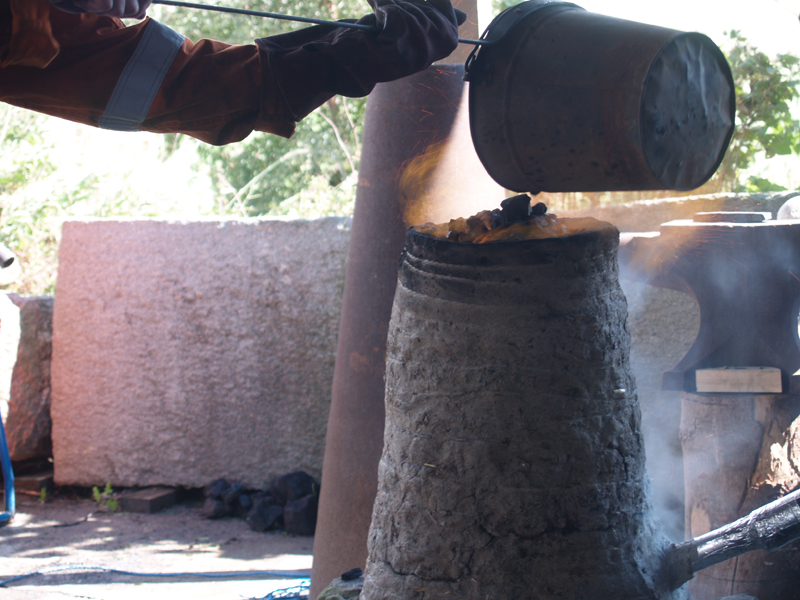 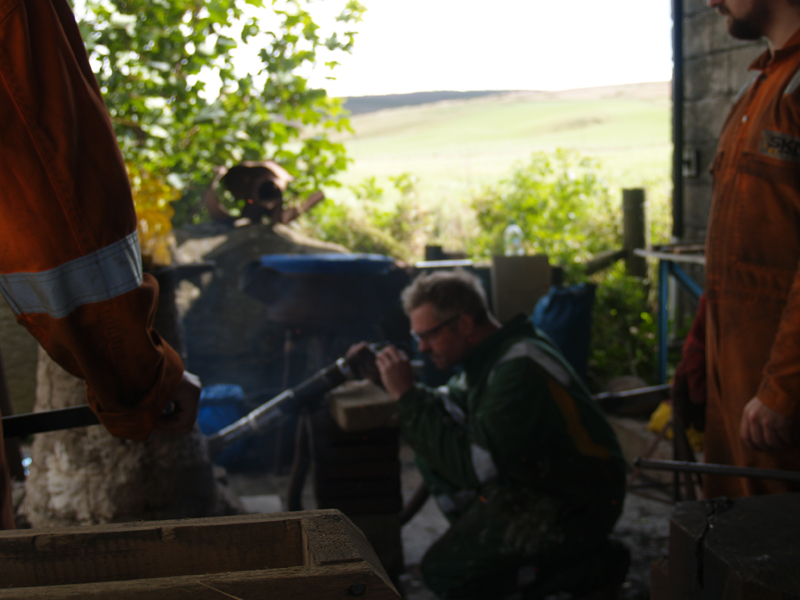 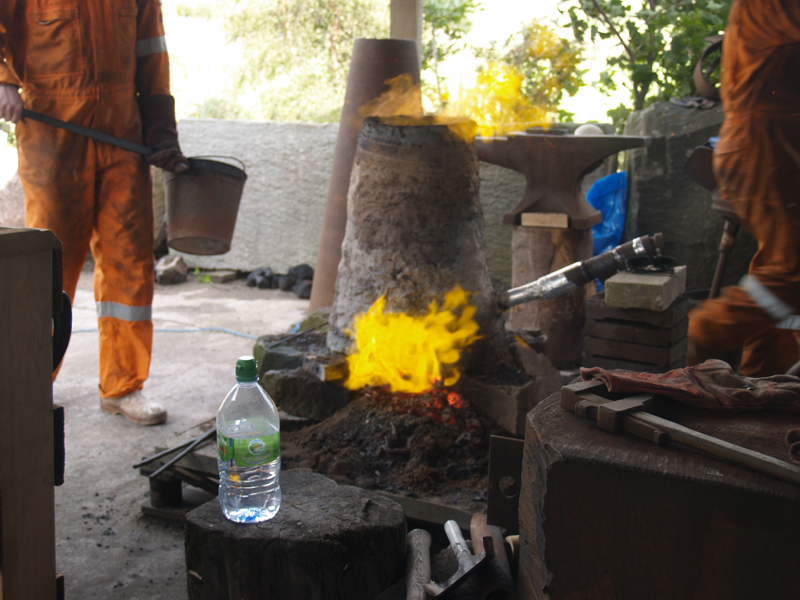 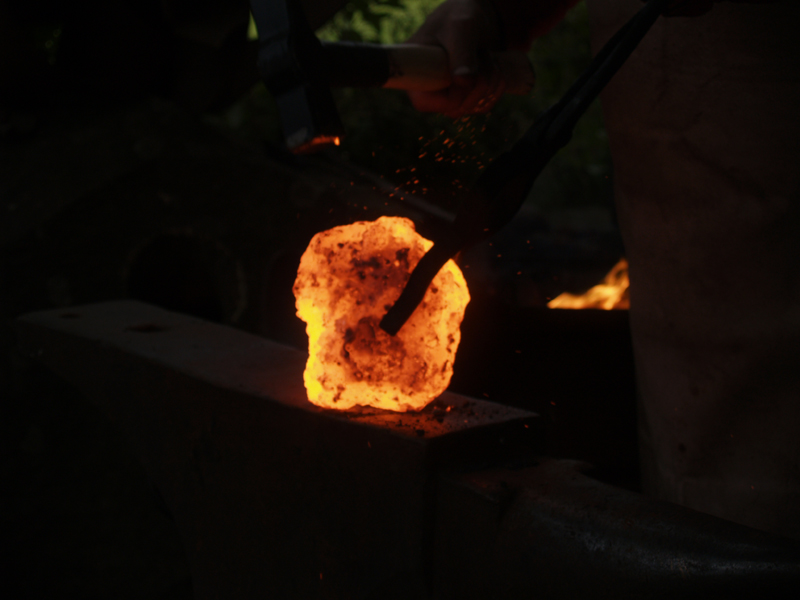 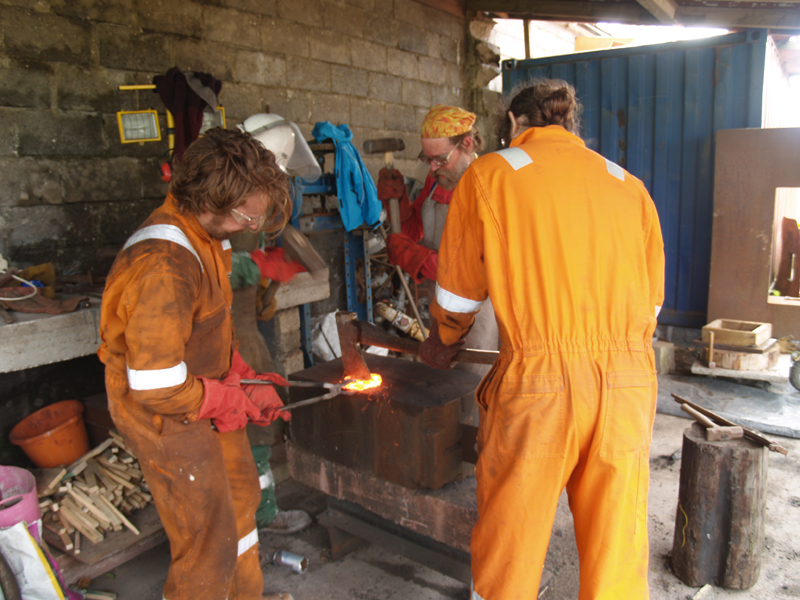 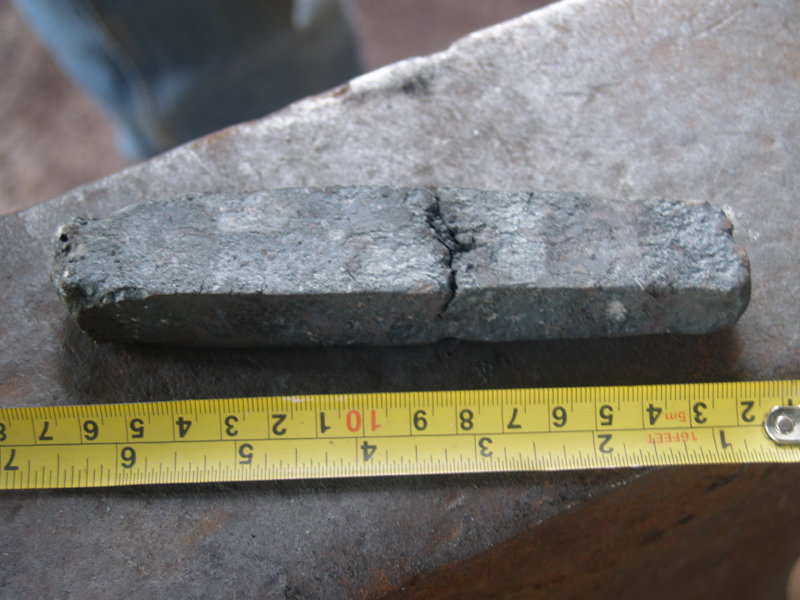 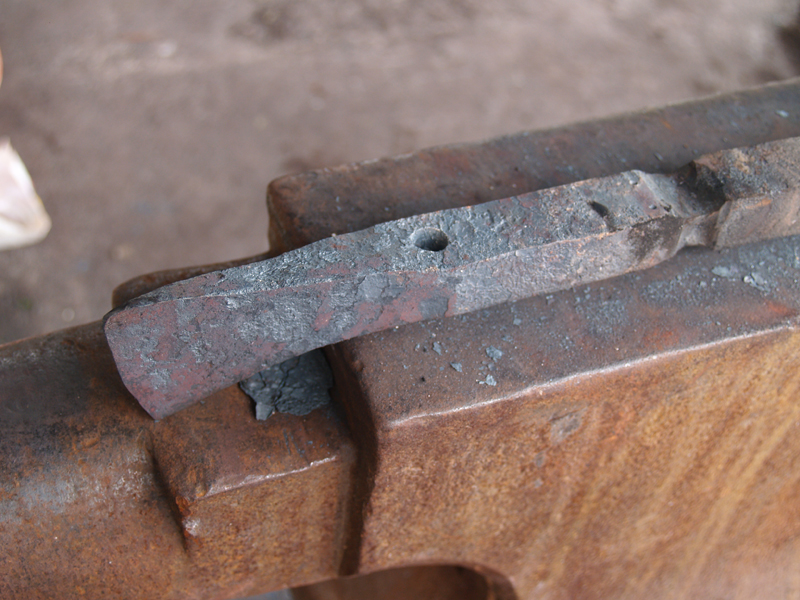 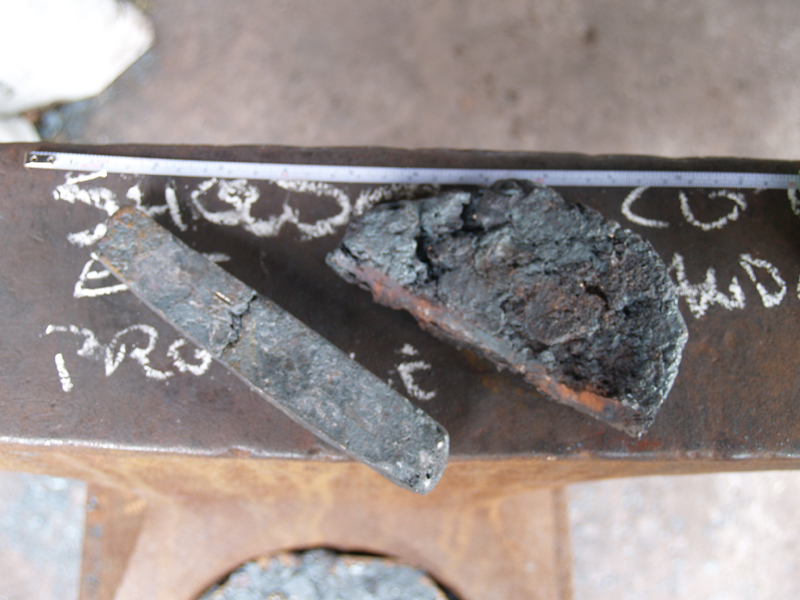 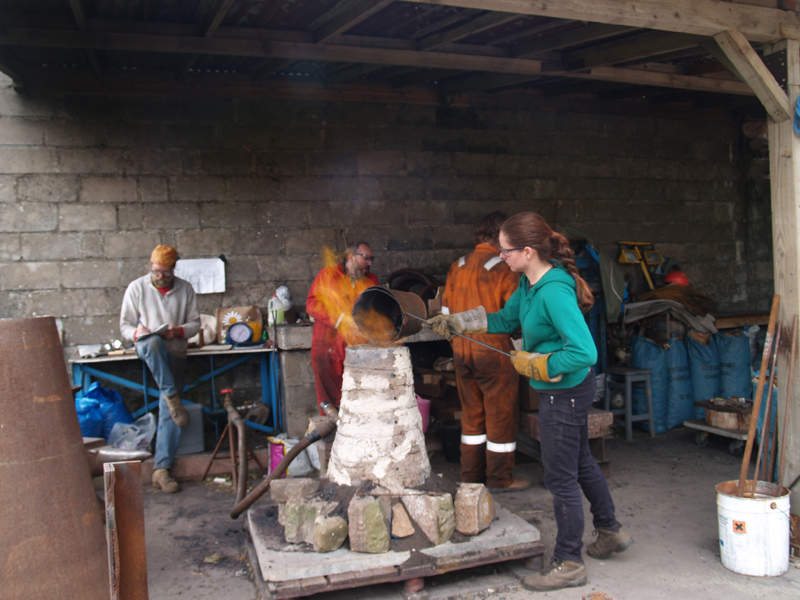 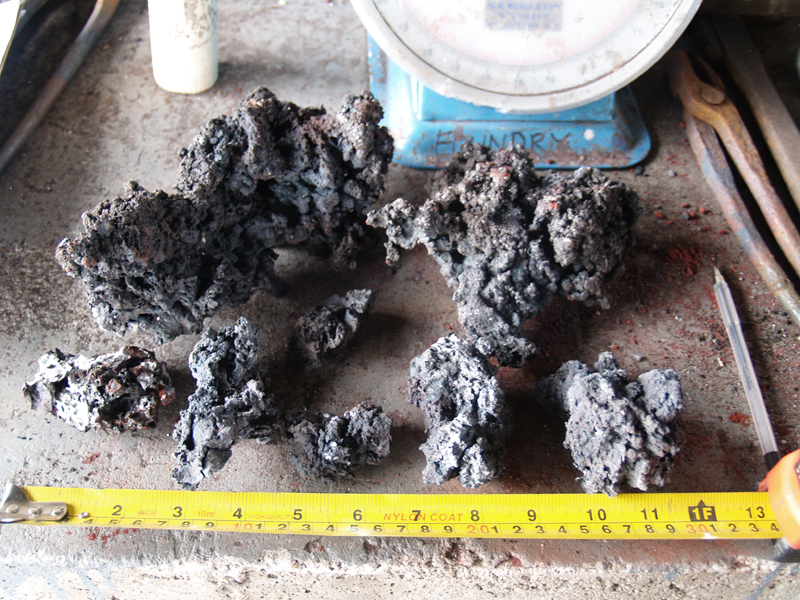 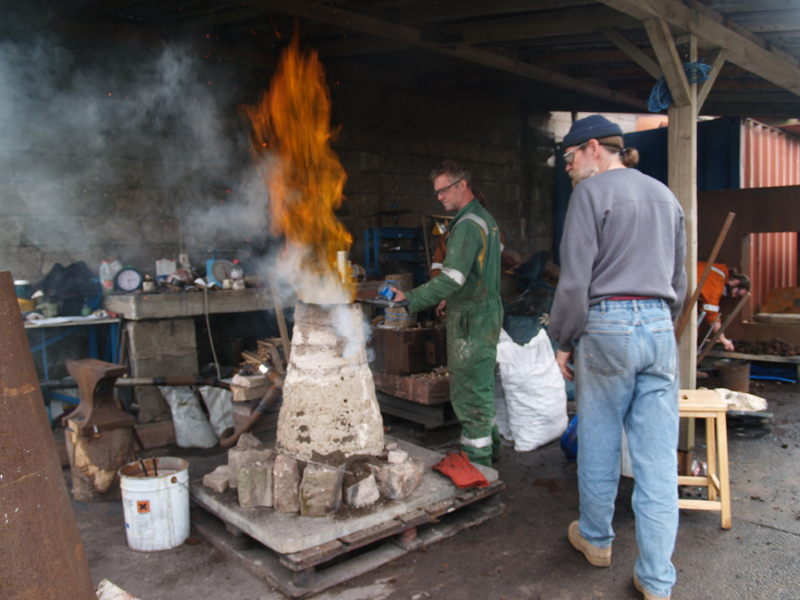 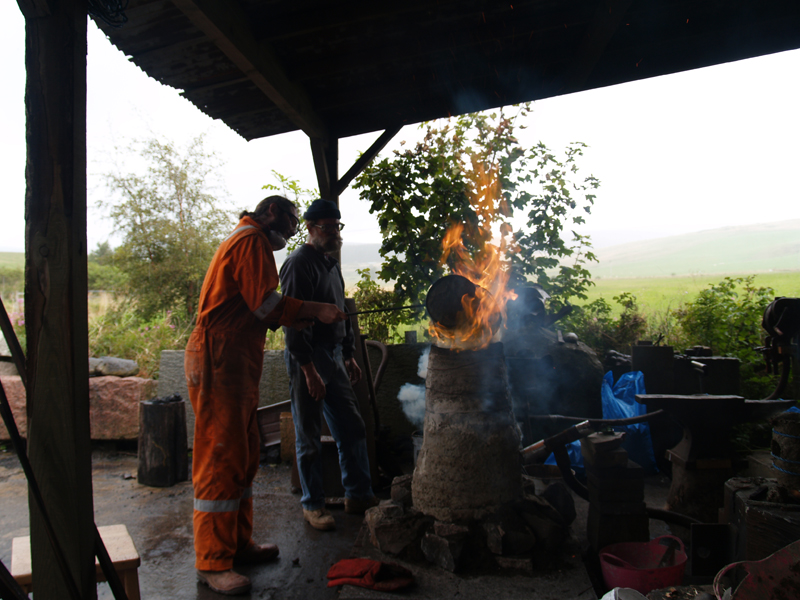 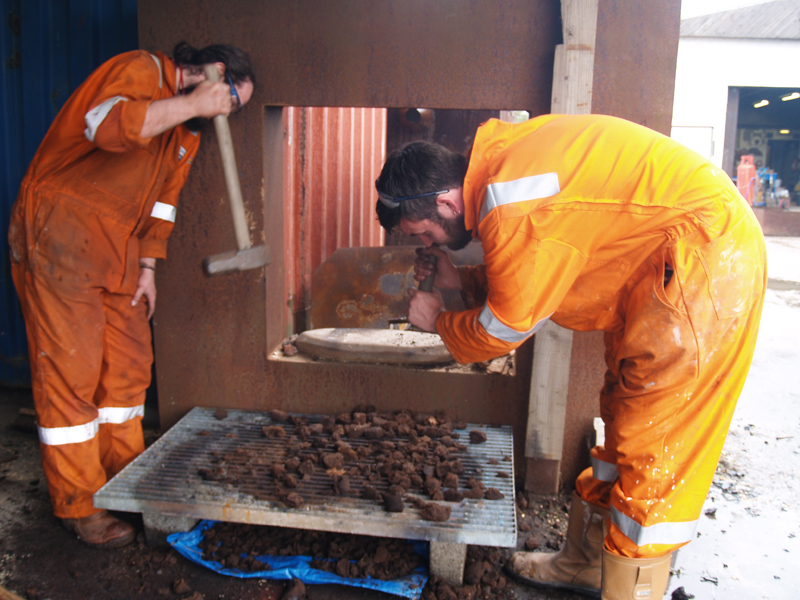 For more technical information regardingthe smelts, Darrell Markewitz has been reporting on the Wareham Forge blog, and will be producing a paper shortly.

We must also say a big Thank You to Tata Steel, who generously donated ironstone and iron ore pellets. The project was also supported with funding from Creative Scotland.

Watch out for further information.