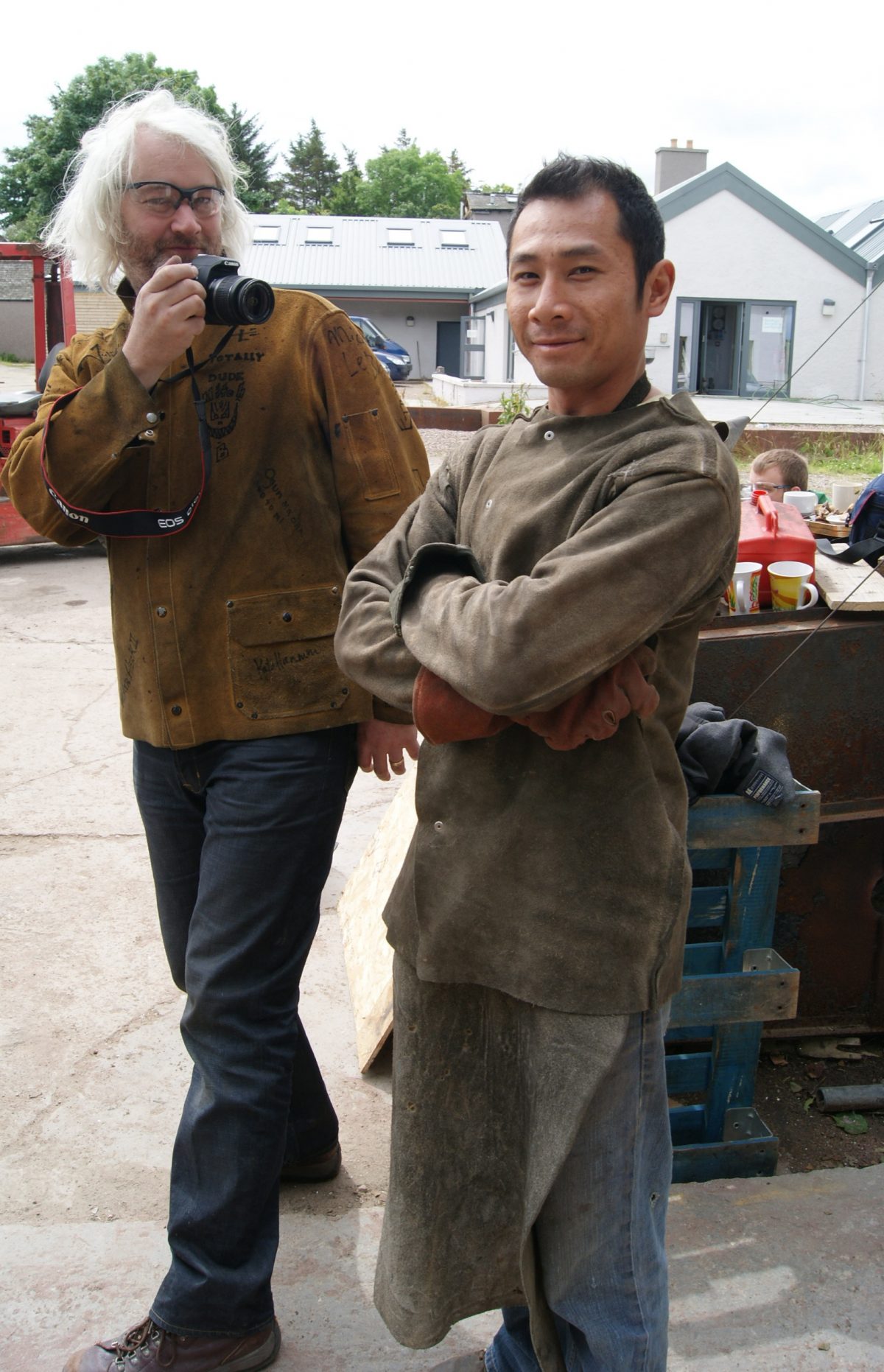 Over the winter, Salem Art Works (SAW), Franconia Sculpture Park in Minnesota and SSW connected with the goal of creative a self-sustaining network of artist residencies around the world. As articulated by SAW’s Executive Director Anthony Cafritz,

“This is a global approach to connecting residency programmes so artists can experience culture, ideas and the unexpected without the burden of ownership or politic.”

The idea was simple enough: Decide upon one artist who would be invited to spend two months at each of these locations over one summer.

Nam Le was nominated as the first artist to participate in this initiative. He began his daisy-chain of residencies this April at Franconia Sculpture Park, then went on to work at SAW in early May, coinciding with the US leg of the USUK Cast Iron Symposium, and joined us here at SSW in June, in time to help out and participate in the symposium at our side of the pond.

When at Salem Art Works, Le was asked why he chose to participate in this cross-continental residency, Le laid emphasis on the importance of having the freedom to create and push one’s boundaries:

“I feel as though a lot of people at these organizations experiment. There’s no failure here. Even if you don’t like what you do, whether it’s a success or failure in your eyes, you’ll learn from it either way.

There’s so much input from everyone. I feel like I can’t get into a creative rut because there’s so much creativity here, even though people specialise in different things. I’m influenced by everyone.”

This pilot year with Nam Le has been a great success so far. Franconia Sculpture Park, Salem Artworks and SSW all look forward to expanding this initiative in the coming years, linking additional residency programmes from around the world.

Le is now due to commence his Masters degree this coming Autumn in North Carolina in the US.

You can view some of the outdoor sculptural pieces Nam created at Franconia Sculpture Park, Fibonacci Wannabe III and Solar Pursuit, here: http://www.franconia.org/map.html