Federici Made Me Hardcore! A Northern Commons Weekender 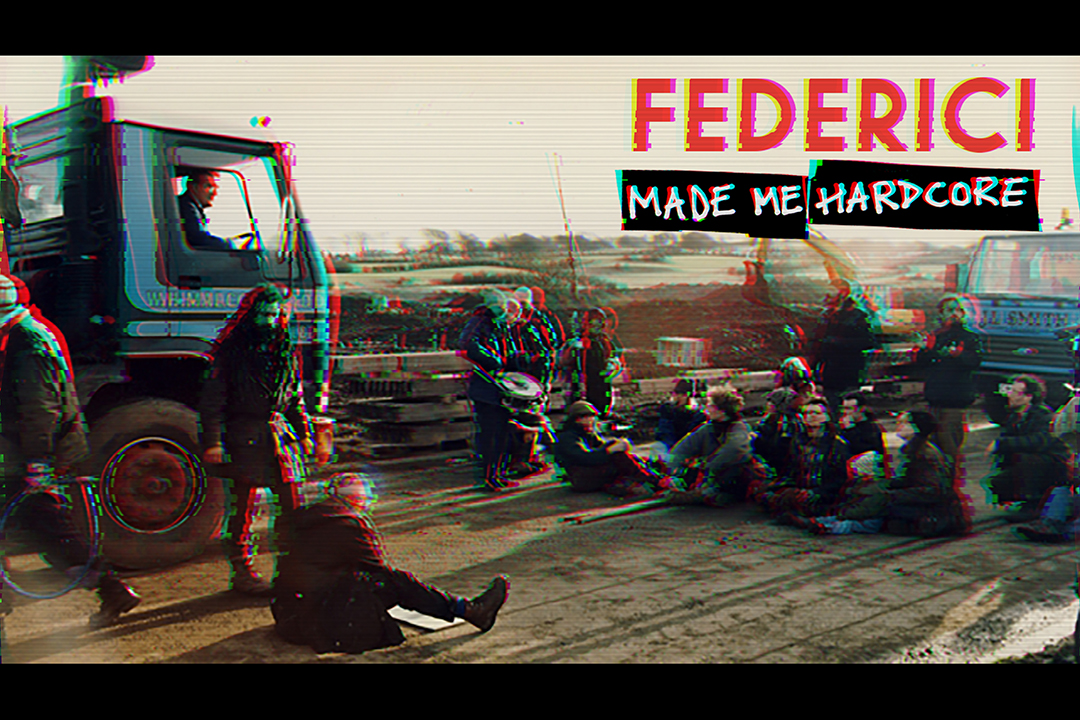 Indeed, if commoning has any meaning, it must be the production of ourselves as a common subject. This is how we must understand the slogan “no commons without community.” But ‘community’ has to be intended not as a gated reality, a grouping of people joined by exclusive interests separating them from others, as with communities formed on the basis of religion or ethnicity, but rather as a quality of relations, a principle of cooperation, and of responsibility to each other and to the earth, the forests, the seas, the animals.

Silvia Federici, Re-enchanting The World: Feminism and the Politics of the Commons (2018), p.110

Federici Made Me Hardcore! is a discussion, screening and publication on commoning, presented in partnership with Peacock Visual Arts, Aberdeen. Over two days of presentations and discussions, we will open up a process of questioning the value and form of the common in Europe today and how this might relate to our current juncture at Britain’s potential departure. The commons has been invoked during previous crises of the European Community, in Greece and in Spain. What value might a new Politics of the Commons have for us in the UK and, specifically, in Scotland today? How does a Politics of the Commons relate to the House of Commons and the notion of a European Community? How might this relate to the increasing difficulties of cultural production?

6pm Film Screening: Given To The People, Simon Yuill, 2008

The Pollok estate in Glasgow has long been known as one of the most deprived urban areas in Europe, yet borders one of the largest areas of public common land in Europe, Pollok Country Park. In the early 1990s, a local resident, Colin Macleod, climbed into a tree on the edge of the woodlands near the housing schemes and refused to come down. This was the beginning of a protest against the building of the M77 motorway that would cut through the woods, severing the local community from the park. The protest grew into a camp and settlement that became known as the Pollok Free State. Lasting for several years the Free State established its own passports, housing, a Free State University and inspired one of the first children’s school strikes for the environment. Children were born and families raised in the camp before it was destroyed by the council in 1996. Yet the camp lived on, taking new form in the GalGael boatyard in Govan and becoming part of Glasgow mythology.

The film combines the voices of key people involved in the camp with camcorder footage shot by local residents and Free State citizens and a specially composed music score by Glasgow band Foxface. Originally commissioned for the Glasgow International 2008, the film was recently included in the screening programme for Happenstance at the Venice Architectural Biennale 2018.

Uncommon Slime Kraft is a set of four essays written by Simon Yuill as part of the Frontiers in Retreat project at the Scottish Sculpture Workshop in Lumsden. Initiated by HIAP (Finland), Frontiers in Retreat was a five-year collaborative project that fostered multidisciplinary dialogues on ecological questions within a European network formed around artist residencies. Yuill’s essays were produced in a series of ongoing drafts, published as fascicles, a format used in the early years of printing in which books were published in sections as they were written. Versions of the essays were printed and distributed at different events during the Frontiers project. This edition presents the final form of the essays reflecting the author’s thought in movement as the project came to a close. Topics explored in the writing include the conflicting politics of the commons, the relations of craft, labour and energy through the writings of Ruskin, Marx and Mary Shelley, and the interactions between concepts of the natural and the political explored through a deep reading of the Lumsden landscape.

More information on Simon’s project with Frontiers in Retreat, including further readings.

Emma Balkind, Nuno Sacramento and Simon Yuill have each explored the practice, theory and politics of the commons through different stands of their work. Their shared interest has evolved into an ongoing discussion around these themes. This will be the third public discussion they have come together for and will reflect on how their ideas and connections with the commons have developed. Prompted by the crisis of Brexit they wish to open up the idea of the common as a form of political community to more provocative questioning. The notion of a commons is often approached in terms of sharing and collective practice but in the current conditions “sharing is no longer enough” so we are moving the questions from simply “how can we work together?” to “how can we work together when we can barely work for ourselves?”

Emma Balkind is a Discursive Curator from Glasgow. She is currently Teaching Fellow in Visual Culture at Edinburgh College of Art at the University of Edinburgh where she is writing an elective on commons. Her thesis ‘Estovers: practice based research on the concept of the commons within contemporary art’ was funded by AHRC and awarded by Glasgow School of Art. She has previously been Associate Faculty on the MLitt in Curatorial Practice at GSA.

Simon Yuill is an artist and independent researcher. His work includes the use of interview and research processes, film, publishing, and custom software systems. He has exhibited internationally, including CCA: Glasgow, FutureSonic (Manchester), Constant VZW (Brussels) and the Netherlands Institute for Media Arts (Amsterdam), and has been a researcher on projects and residencies at the Piet Zwart Institute (Rotterdam), Visual Cultures and Sociology at Goldsmiths, and the Institute for Advanced Studies at the University of Warwick. He is currently working on research around care work and domestic labour in the context of online platforms and the gig economy for the International Inequalities Institute at the London School of Economics and Political Science.

Nuno Sacramento is a Mozambiquean-born Portuguese curator, and the Director of Peacock Visual Arts. Between 2010 and 2016 he was Director of the Scottish Sculpture Workshop where he curated projects such as Skillscape, Makers’ Meal, Skills Biennale, Slow Prototype, From Turf to Tools, Frontiers in Retreat, etc. He is a graduate of DeAppel Foundation, Amsterdam, and has a PhD by practice in Visual Arts (Shadow Curating) from DJCAD, University of Dundee. Nuno’s work includes research, project curation, fundraising, writing, and lecturing.