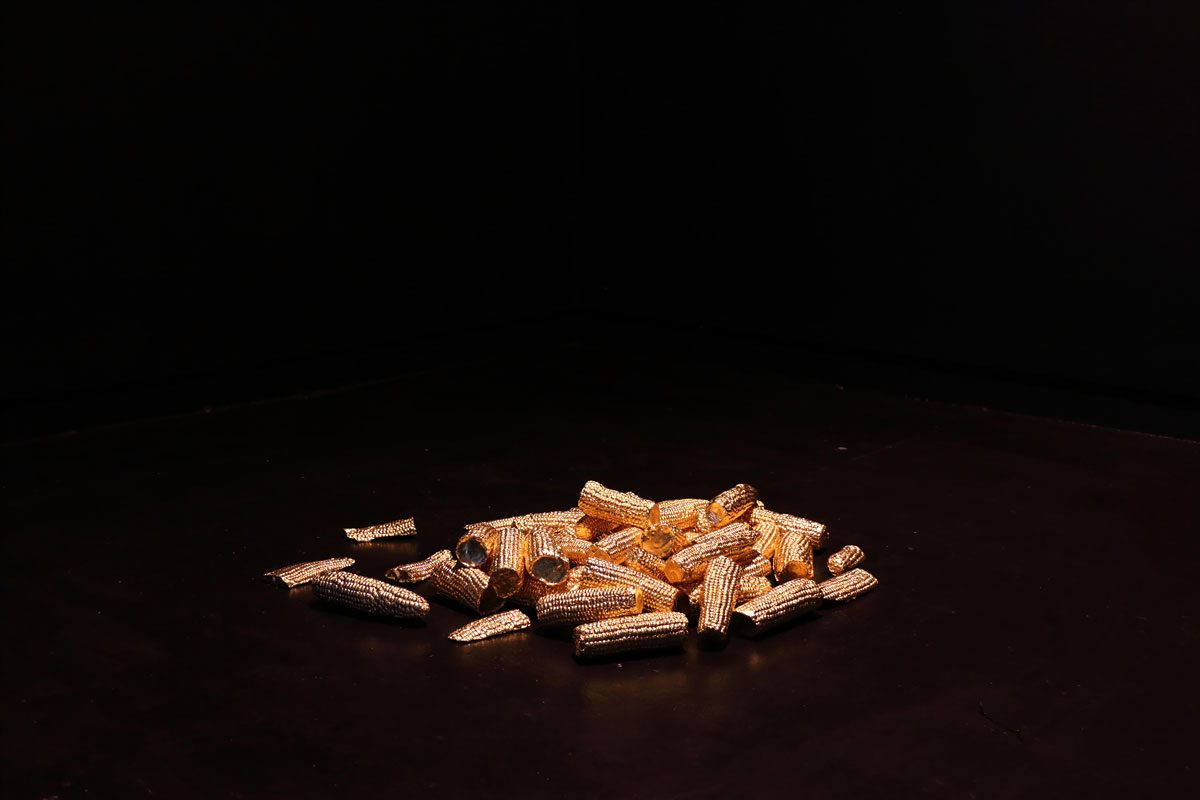 Over the past few weeks, we have been working with artist Ashanti Harris through the RSA Residencies for Scotland. Below she shares some words on her project and what she has been working on at SSW.

“I am a visual artist working with sculpture, installation and performance to explore themes of identity and diaspora through historical research. I create educational artworks and performative installations which function as a form of post-colonial critique, challenging dominant representations of history and re-imagining the boundaries of social and cultural norms.

During my residency at SSW I am learning The Lost Wax Technique to explore ways in which sculptural processes can become an embodiment of cultural identity. Historically, this technique has been utilised all over the world, including in regions associated with my own collective cultural heritage – the Ashanti region in Ghana, and the Amazon in South America. Both the Ashanti people and the Caribbean Amerindians used the lost wax method to create symbolic and culturally significant objects, made from gold, silver, bronze and brass. With this history as my starting point, I have been making wax models of Adinkra symbols to be cast in bronze.

Ghanaian Adinkra symbols signify different meaningful proverbs as well as representing characteristics of people, animals and life. The process of recreating them in wax has been a method for me to learn about them both physically and conceptually; saying their names aloud whilst the wax softens between my hands, and then feeling out the shapes, learning their curves and lines and imprinting them into my memory”.