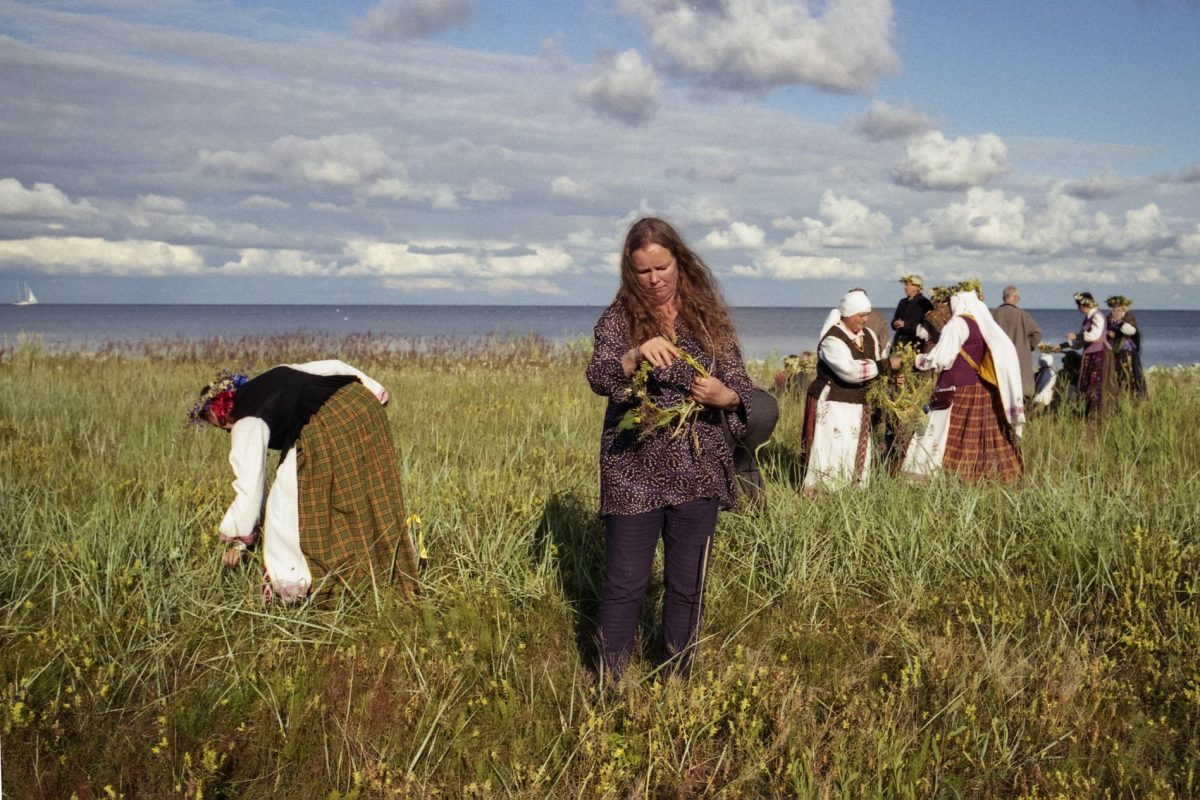 During the Nida's traditional midsummer rites with spells and ritual foraging of herbs and flowers. Image: Andrej Vasilenko

Summer at SSW is magical, particularly with our recent spell of weather. Its full of energy and excitement with residency programmes, talks, projects and courses all running simultaneously… Still its important for us to emerge form our ‘Lumsden bubble’ and make time to see whats happening elsewhere in the world. At SSW its important for us to be connected to our locality, whilst also engaging with and learning from a multitude of places, people and practices across Europe and beyond.

During the month of June, our Programme Manager Yvonne Billimore spent two weeks at Nida Art Colony in Lithuania with artist Naomi Pearce who has been working with SSW for the last six months through a SGSAH residency. They spent the time on residency together, developing their resreach and exploring the Curonian Spit, before being joined by Director Sam Trotman for Rites and Terrabytes, Nida Art Colony’s 8th Inter-Format Symposium. 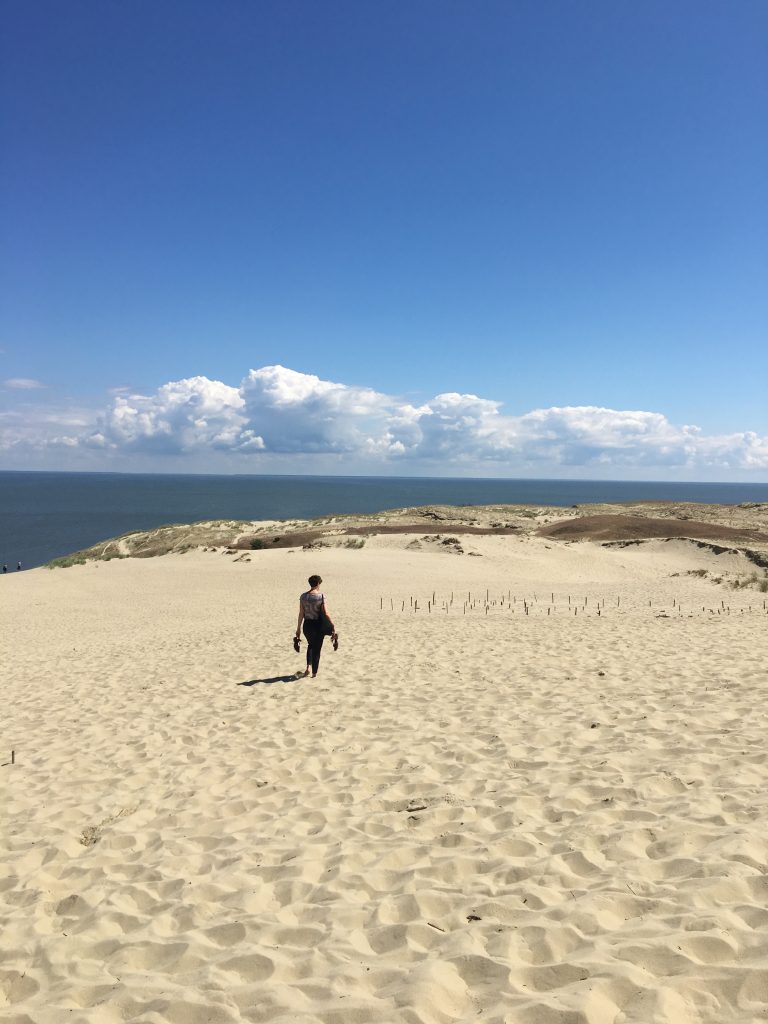 The sand dunes on the Curonian Spit are some of the largest in Europe. 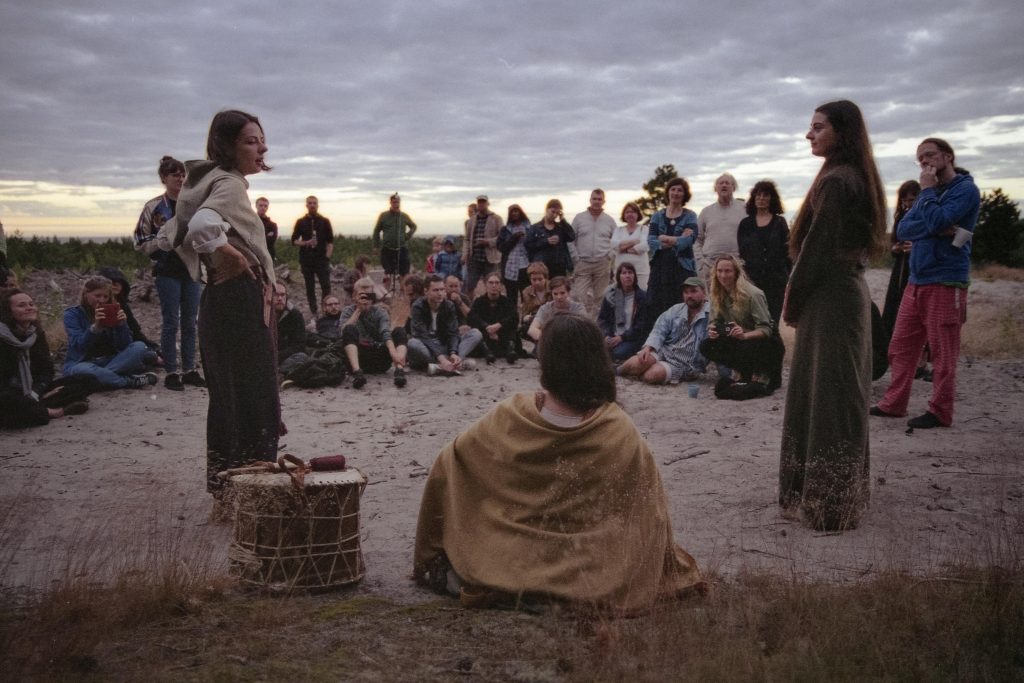 Prior to joining Yvonne and Naomi in Nida, Sam spent a few days in Utrecht visiting the newly relaunched  Casco Art Institute – Working for the Commons  and their collaborative offsite project Erfgoed where the Centre for Ecological Unlearning takes place. The project has been set up in collaboration with artists The Outsiders Union  and a range of community members exploring the site as a new commons. 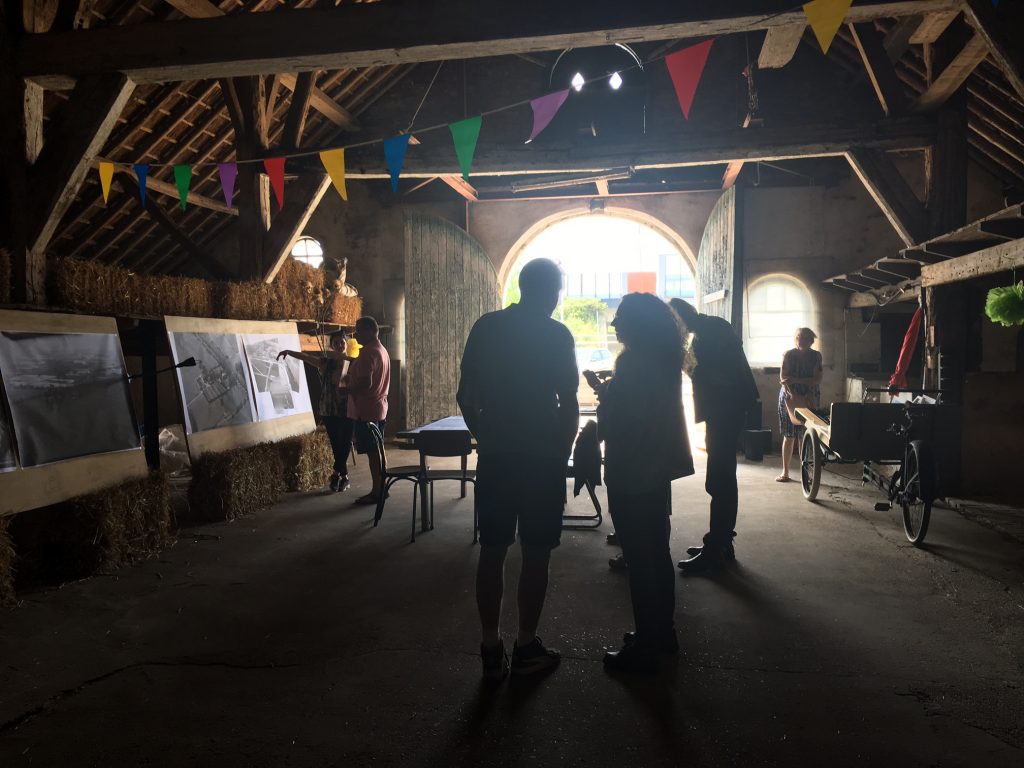 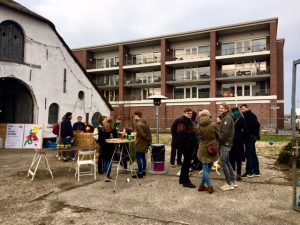 It was through the EU network Inter-PAGAN, that SSW were invited to participate in Nida’s Inter-format symposium. This project was a year long network of curatorial, artistic or cultural research and exchange between arts and culture organisations from Baltic-Nordic countries, Poland and Scotland. As the project came to an end partners, artists and researchers gathered at the Inter-format symposium in to open up their research, processes and practices. 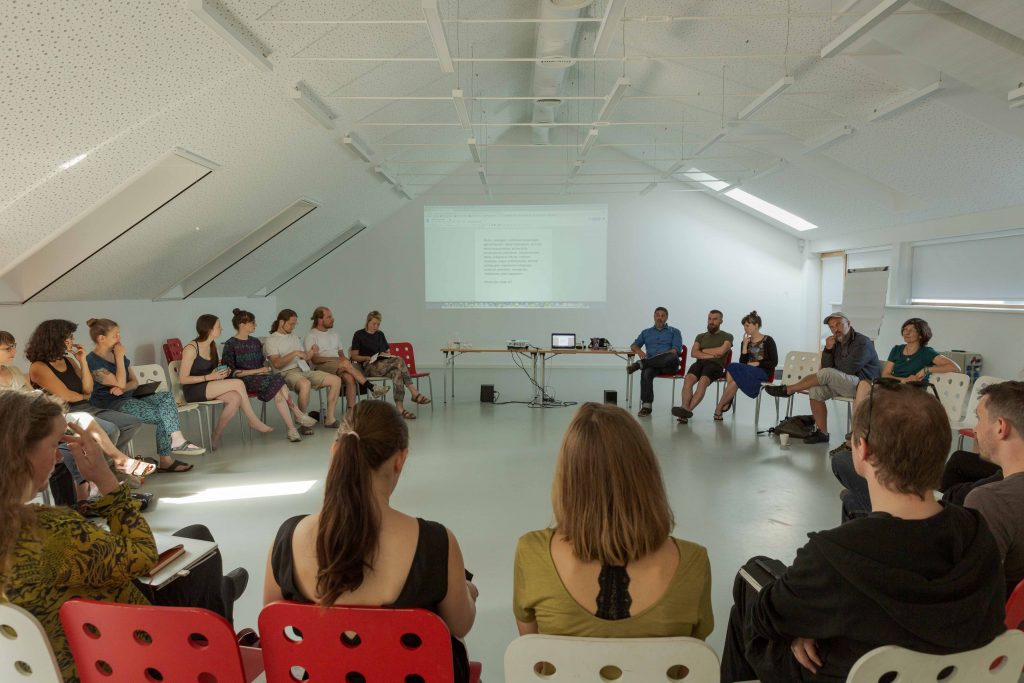 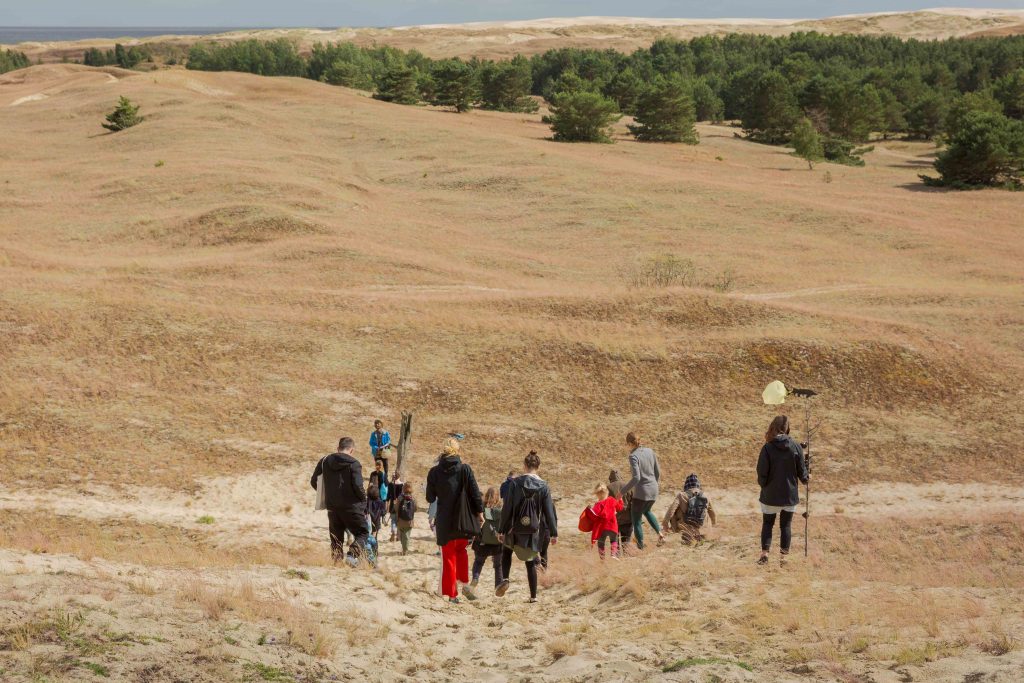 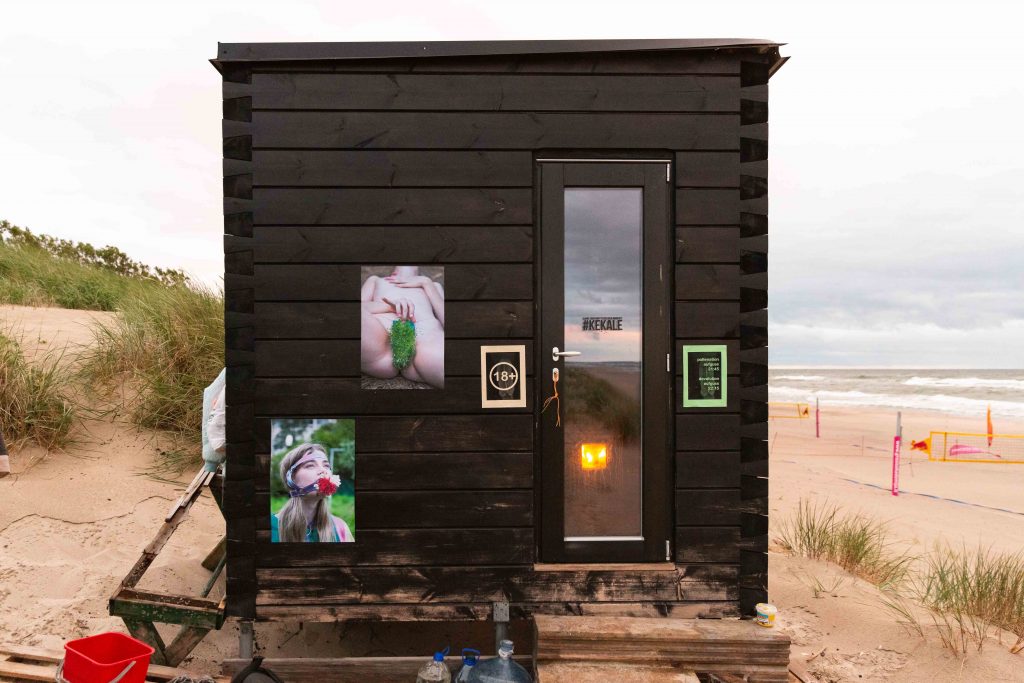 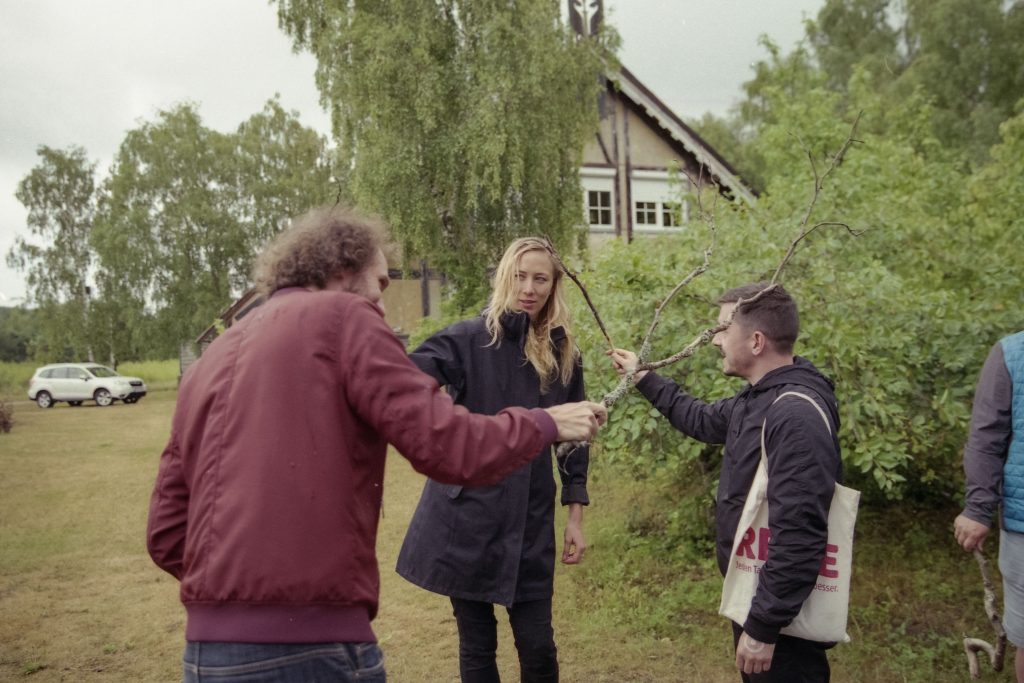 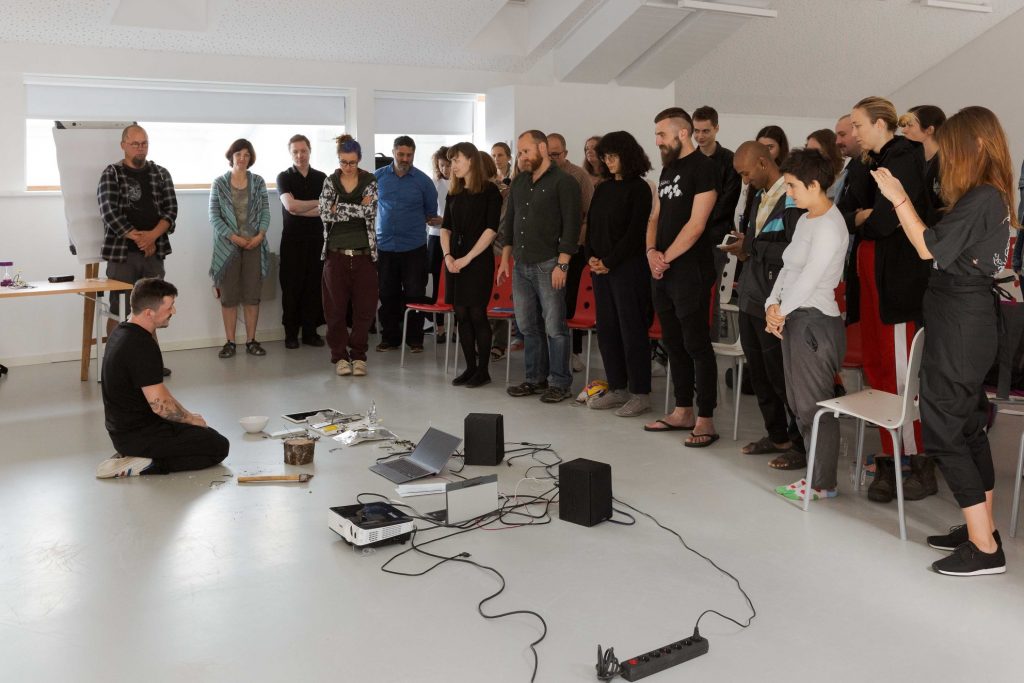 SSW’s Inter-PAGAN research was undertaken by artist and writer Naomi Pearce, supported by a Scottish Graduate School for Arts & Humanities (SGSAH) three month residency at SSW. The research was informed by Naomi’s PhD and saw her apply her ‘forensic feminist methodology’, which builds on the maxim ‘every contact leaves a trace’, to SSW’s site and archive. The aim of this was to help us uncover some of the less dominant histories and narratives of SSW and more broadly to think about how archives and legacies can hold more intimate accounts and multiple voices of a place. 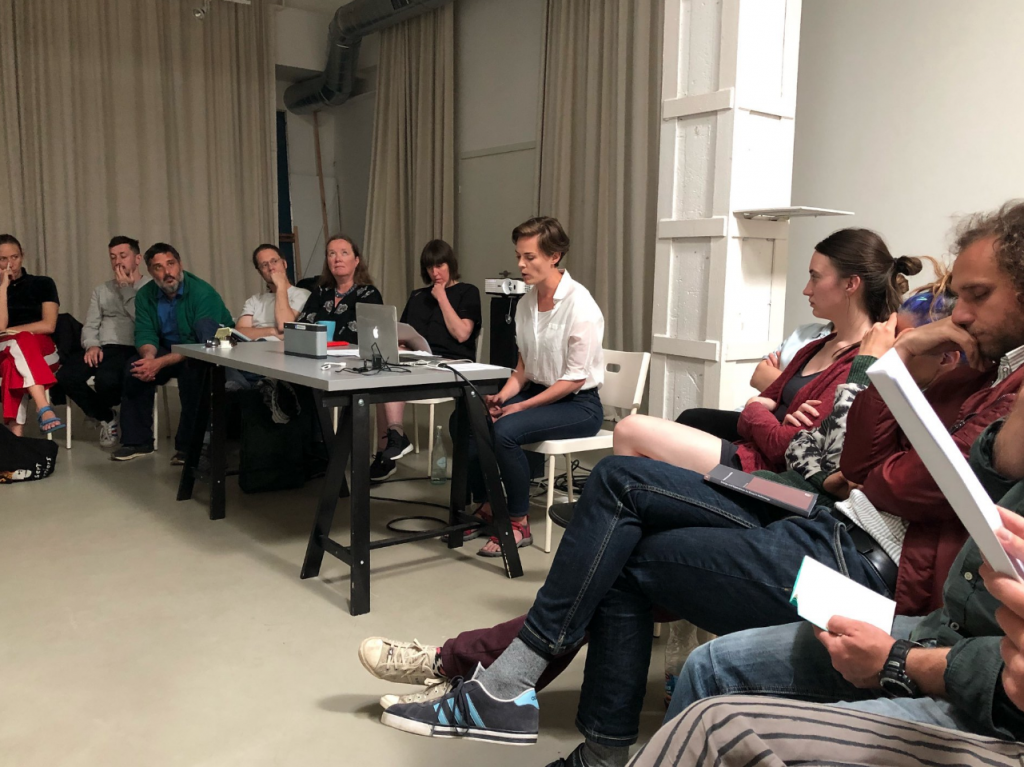 In Nida, Naomi presented her research and some of the writing that came out of  her Nine Parts Navvy workshops at SSW through a talk which included readings performed by herself, Sam and Yvonne. Naomi also created and shared a set of writing exercises that could be used to experience and document Nida’s Midsummer festival (Rasos) which ran parallel to this years Inter-format symposium. 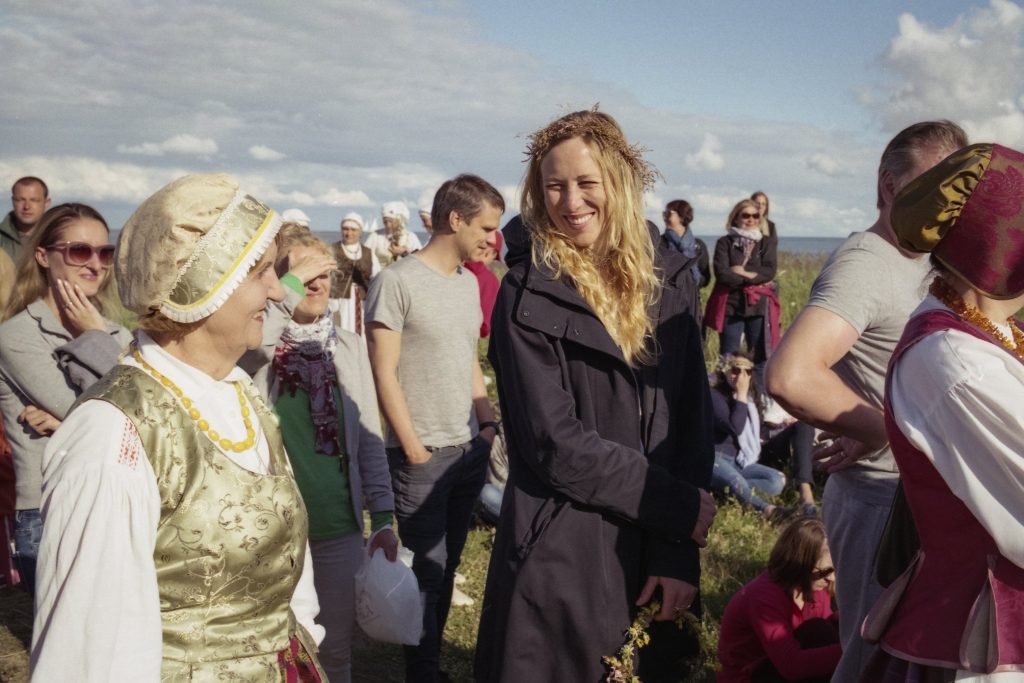 Raos Festival, Legend about The Sun and The Moon in the Valley of Silence — with Loren Rubicana. Image: Andrej Vasilenko 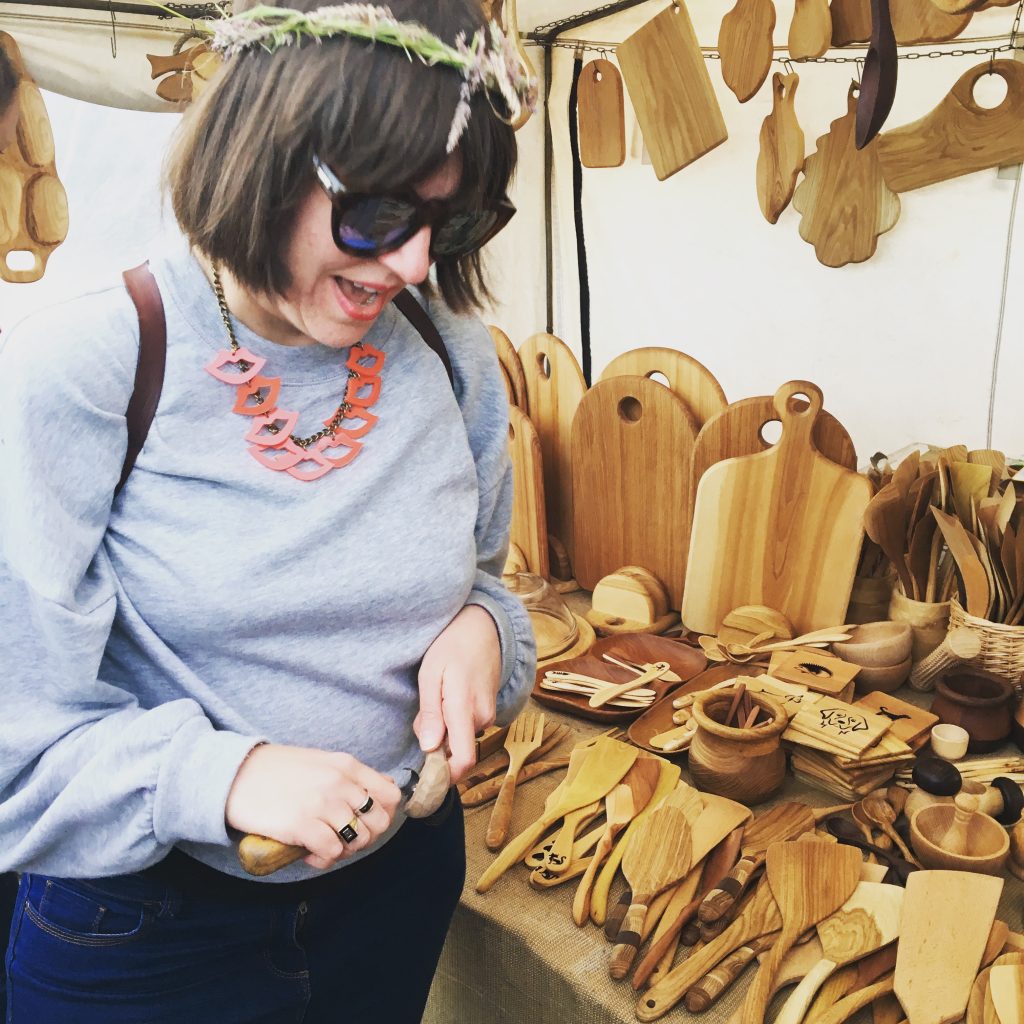 We would like to thank everyone who hosted us and who we spent time with, your all welcome at SSW anytime!