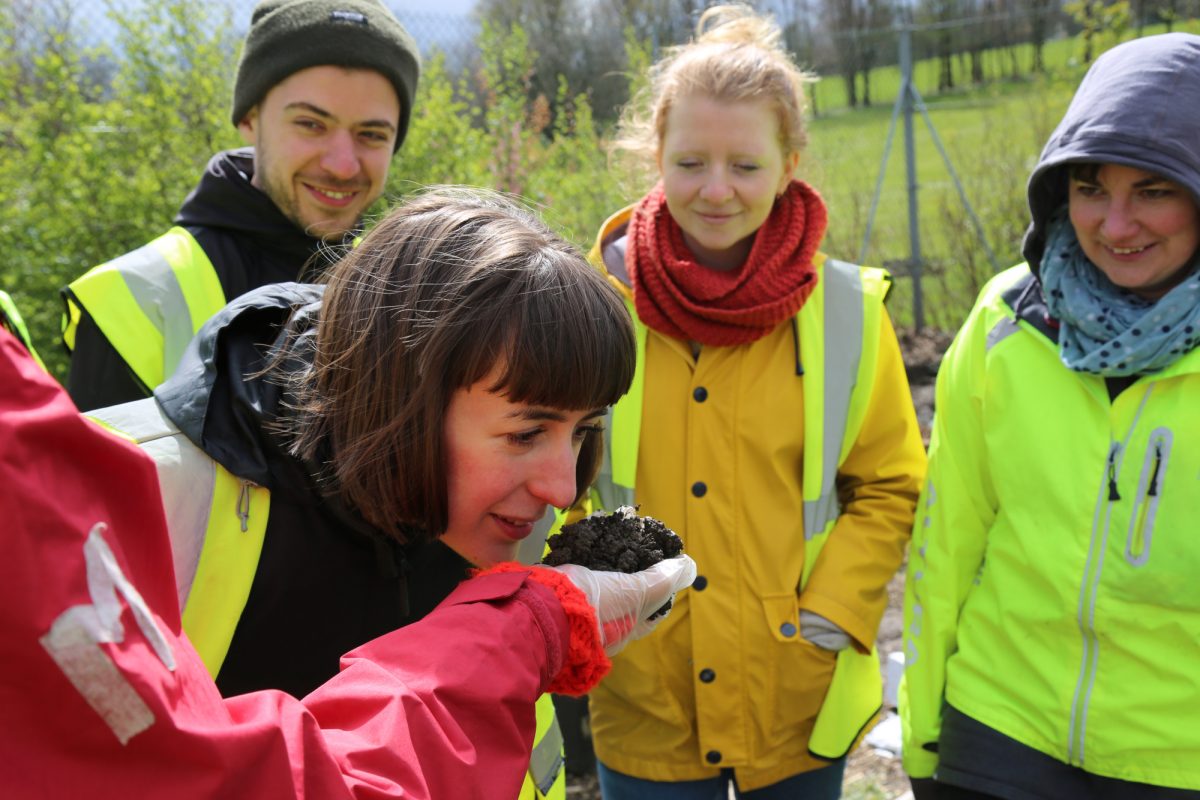 Frontiers in Retreat (FiR) is a five-year collaboration project that fosters multidisciplinary dialogue on ecological questions within a European network involving artist residencies, art and education organisations, artists, experts in various disciplines as well as diverse audiences. The aim of the project is to broaden the understanding of global ecological changes and their local impacts on European natural environments by means of contemporary artistic practices and through a multidisciplinary approach.

During the course of FiR, SSW has hosted residencies for six artists in the network and worked closely with each of them throughout to support and develop their individual projects. These artists are Brett Bloom, Sylvia Grace Borda, Fernando Garcia-Dory, Carl Giffney, Mari Keski-Korsu and Simon Yuill.

As the Frontiers in Retreat project draws to an end, we will present and reflect on each of these artist’s practices developed at SSW and bring these together with a wider group of practices through Edge Effects; a programme of workshops, walks, sound work, film and performance that explore the complex co-dependencies between ecological, social, economic, and political phenomena.

The SSW Edge Effects programme will take place in Glasgow between the 27 – 30 July, at the CCA and venues across the city. For the full programme please visit: Edge Effects

In the month leading up to the Edge Effects programme, each week we will feature a Frontiers in Retreat artist who has undertaken a residency at SSW. This is an great opportunity to share their projects which have been formulated and realised at SSW in rural Aberdeenshire, and will be presented during Edge Effects in Glasgow.

Over the course of Frontiers in Retreat, SSW hosted several residencies for artist Fernando Garcia-Dory, during this time he focused on building relationships with local framers, cultural workers and individuals based in the Cabrach, to facilitate exchange and support on issues relating to land access and tenant farming.

As part of the projects final phase, tenant farmers of the Cabrach and farm cooperative members from Andalusia, Spain where invited to participate in an exchange residency. From the 1st- 4th of March 2017, farmers of the Cabrach and SSW hosted members from the Spanish cooperative who created a landless farm workers union (S.O.C) in the 1980s as part of a campaign to highlight inequalities in a region of huge historical private Estates.

The three day exchange programme included visits to Cabrach tenant farms and areas of interest, as well as social gatherings and meals. Two public in-conversation and presentation events were also held; one in the Cabrach with the Cabrach Community Association (CCA – Cabrach), and one in Glasgow with the Centre for Contemporary Arts (CCA – Glasgow).

During the SSW Edge Effects programme, Fernando and Open Jar Collective will come together again drawing on these exchanges to collaborate on a guided walk through Glasgow city.

Join Alex Wilde from Open Jar Collective and Fernando Garcia-Dory from INLAND for a walk and talk shaped by the flowing of water through the city. Along the walk Alex and Fernando will share their methods and approaches to facilitating exchange in the projects INLAND and Soil City. The conversation will be stimulated and diverted by reflections on places and people visited along the route. The walk will take in a number of sites that provoke thinking about borders, edges, commons and knowledge exchange.

The morning will begin with a short introduction to Soil City and INLAND before we get the subway under the Clyde to visit sites in Govan including the Galgael project.
For more information and to book your place in this workshop: here

Fernando Garcia-Dory
Fernando Garcia-Dory’s work engages specifically with the relationship between culture and nature, as manifested in multiple contexts, from landscape and the rural, to desires and expectations concerned with identity, through to (global) crisis, utopia and the potential for social change.

The INLAND project
INLAND is an arts collective, dedicated to agricultural, social and cultural production, and a collaborative agency. It confronts various problems of a system that is collapsing at its environmental, cultural and financial levels – affecting  both the planet and the individual. It builds on the premise that the rural offers a physical and cultural space for the generation of diverse ways of life that differ from the hegemonic model.
Inland is based on a sort of three words manifesto, art-agriculture-territory.

INLAND Scotland
Framed by Frontiers in Retreat (FiR) and under a Scottish Sculpture Workshop (SSW) commission, Fernando Garcia-Dory built relationships over two years with Rural Development agents working in the Cabrach area, as well as inhabitants and farmers.

During his research Garcia Dory established contact with rural development researchers from James Hutton Institute, and looked at the process, limits and promises of the vision that field work technicians can trigger in a certain place with the community that inhabits it. Subsequently, he carried conversations with Cabrach inhabitants and farmers, and looked at the content of the recently formulated Land Reform Act of Scotland, with its legal and political implications, in relation to possible applications within the rural community there.

In March 2016, during the SSW incubator: Sitting on Eggs the project had a first moment of recognition of the layers of history and microstories laid over the geological strata of these ancient hills, represented in a guided walk with a farmer and a geologist, and the State’s Head Gamekeeper and part of a series of landscape drawing exercises in plein air, bringing together international visitors and locals. The route traversed lost paths, resulting in an interrupted walk, depicting a damaged landscape.

The project finalised with a tenant farmer exchange in March 2017.

Open Jar Collective
Open Jar Collective is a group of socially engaged artists and designers operating within co-operative principles. They believe that artistic practices can contribute meaningfully to the development of new perspectives on culture and the environment through the sharing of food, ideas and possibilities for change. Through active and creative community engagement, Open Jar Collective’s work strives to empower people to take part in the growing debate about the future of our local and global food systems.

SSW Incubator. Sitting on Eggs: What happens after the artwork?: https://www.ssw.org.uk/?p=5953