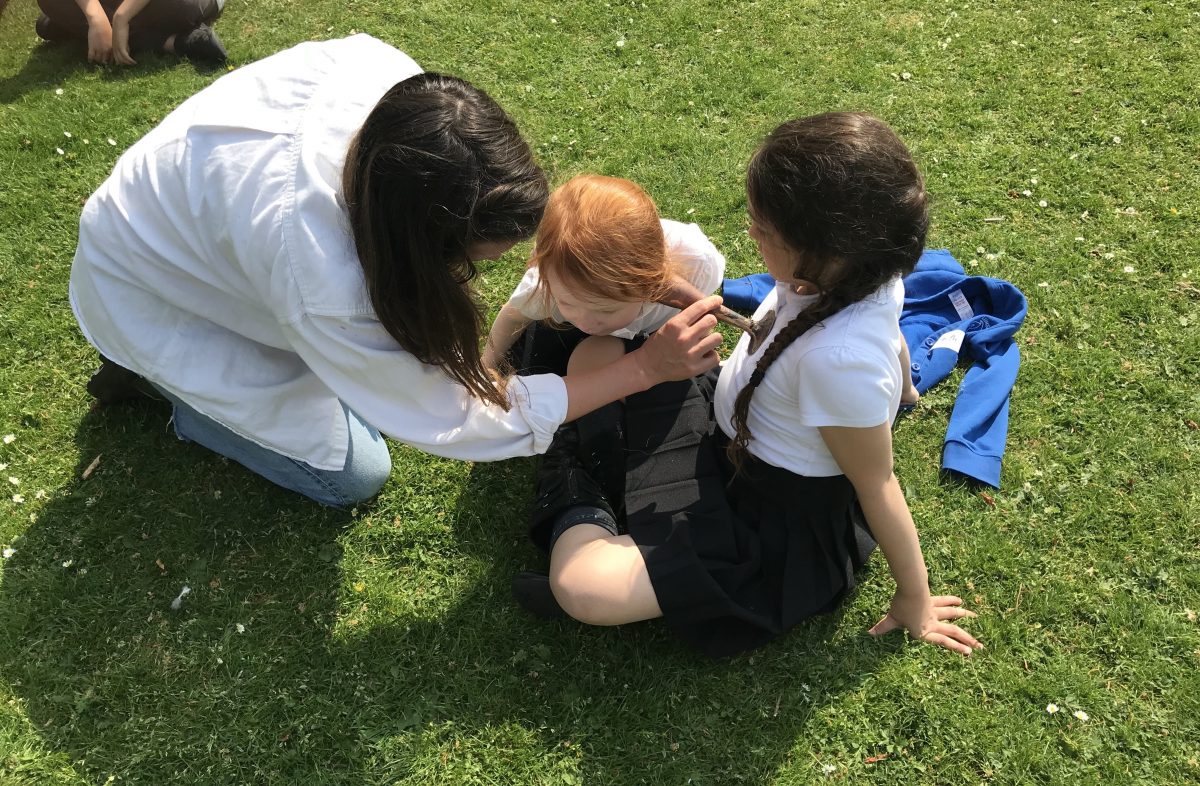 Often in the school environment, attention is something that is led or directed by someone other than oneself. It is usually the instructor or teacher who selects and presents material. Our primary objective in our time with the school children at Lumsden Primary was to bring them further into their own attention. We are interested in what can happen when we open up the learning process to something that happens through following what you discover/notice. The discovery becomes the material. We led a series of exercises that would heighten/bring forth moments for the kids where they would be able to notice themselves noticing. Another intention of the workshop was to generate a state so that they would be able to notice their own attention.

When we first visited the pupils we noticed that during the lesson period there were many instances where they would “lose concentration” or become “distracted.” We would like to reframe the notion of distraction to a question of “what is your attention let by?” Entering into and seriously considering your own process of discovery and noticing can be uncomfortable. Discovery and noticing your attention are opportunities to step into everything that is you.

Attention was dispersed up until about half way through the workshop. There were two exercises that seemed to mark the beginning of collective attention. The first one was “deer ears ” where the children cupped their hands and alternated between holding their hands forward and backward. Extending their hearing capacity to the front of them and behind them similar to how a dear or horse might move their ears. The second one was “heartbeat” wherein we had the kids listen to each other’s heartbeats by passing two Pinard horns around the circle. Once they heard the heartbeat of the other they passed it onto that person. From our experience as facilitators we know that when we are listening to our own or each others heartbeat we are attending to the body. When listening with cupped hands we are noticing our active engagement with the place we are in. I don’t know whether to call it resistance or discomfort but whatever was keeping the kids from being fully in their attention almost completely fell away after Dorian led a sense based exercise with the guiding questions being: 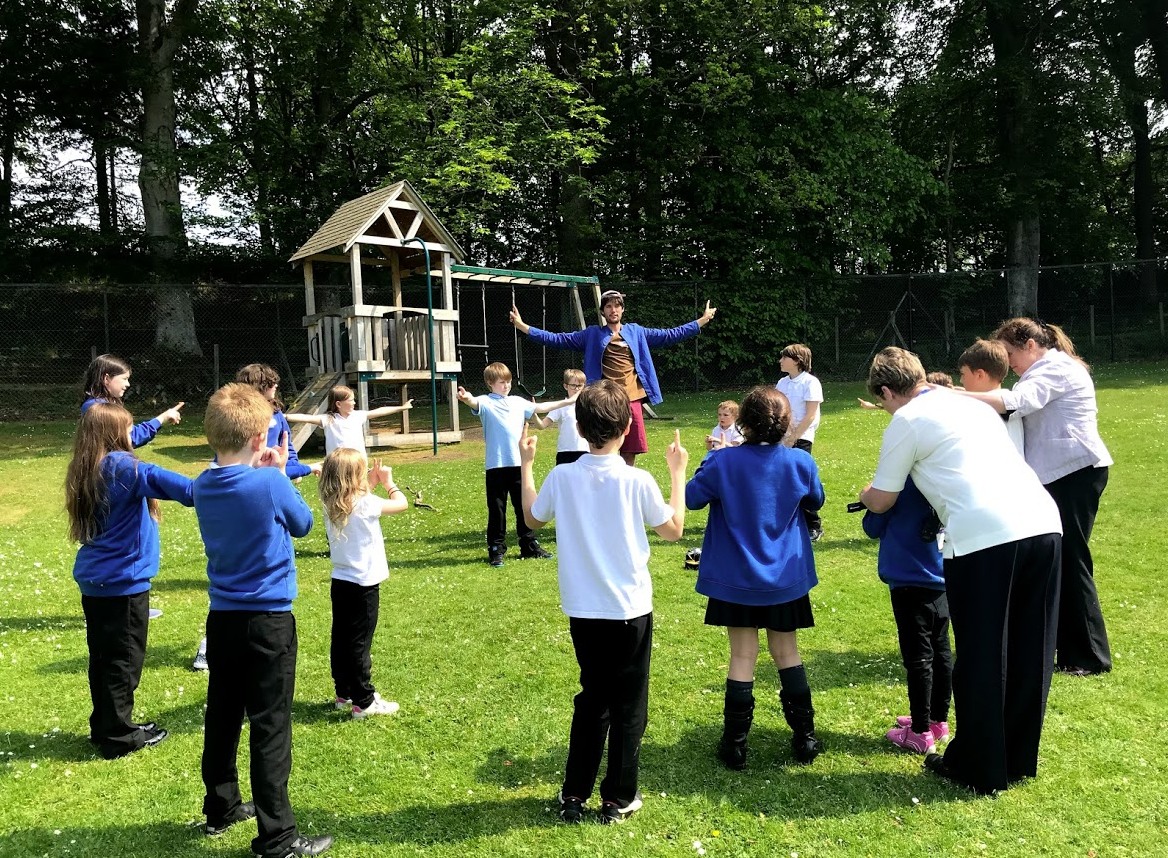 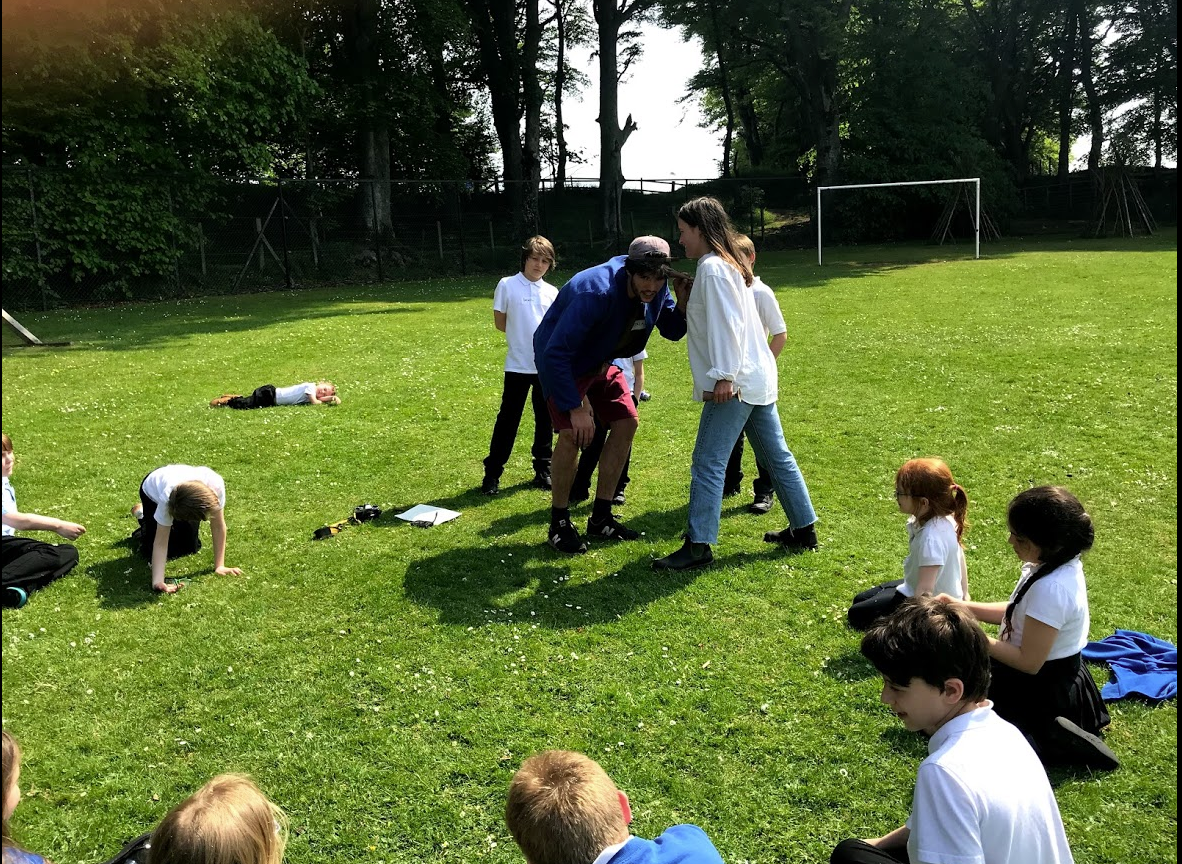 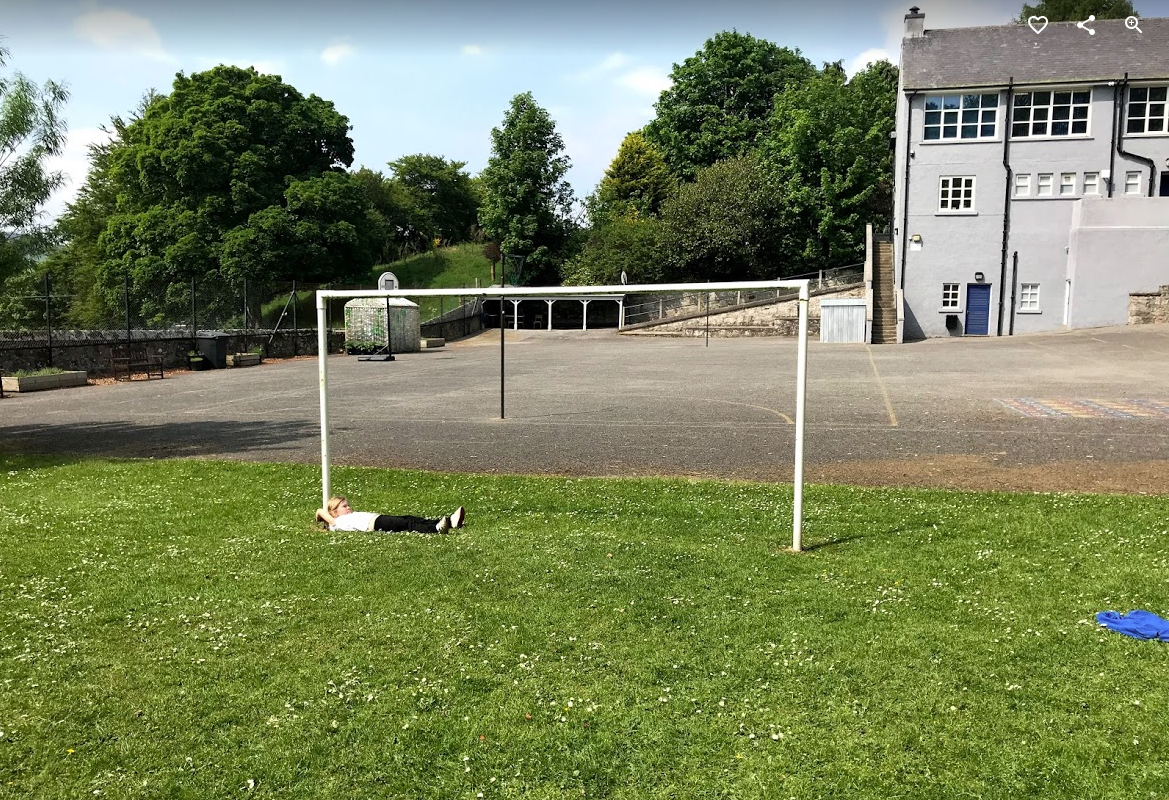 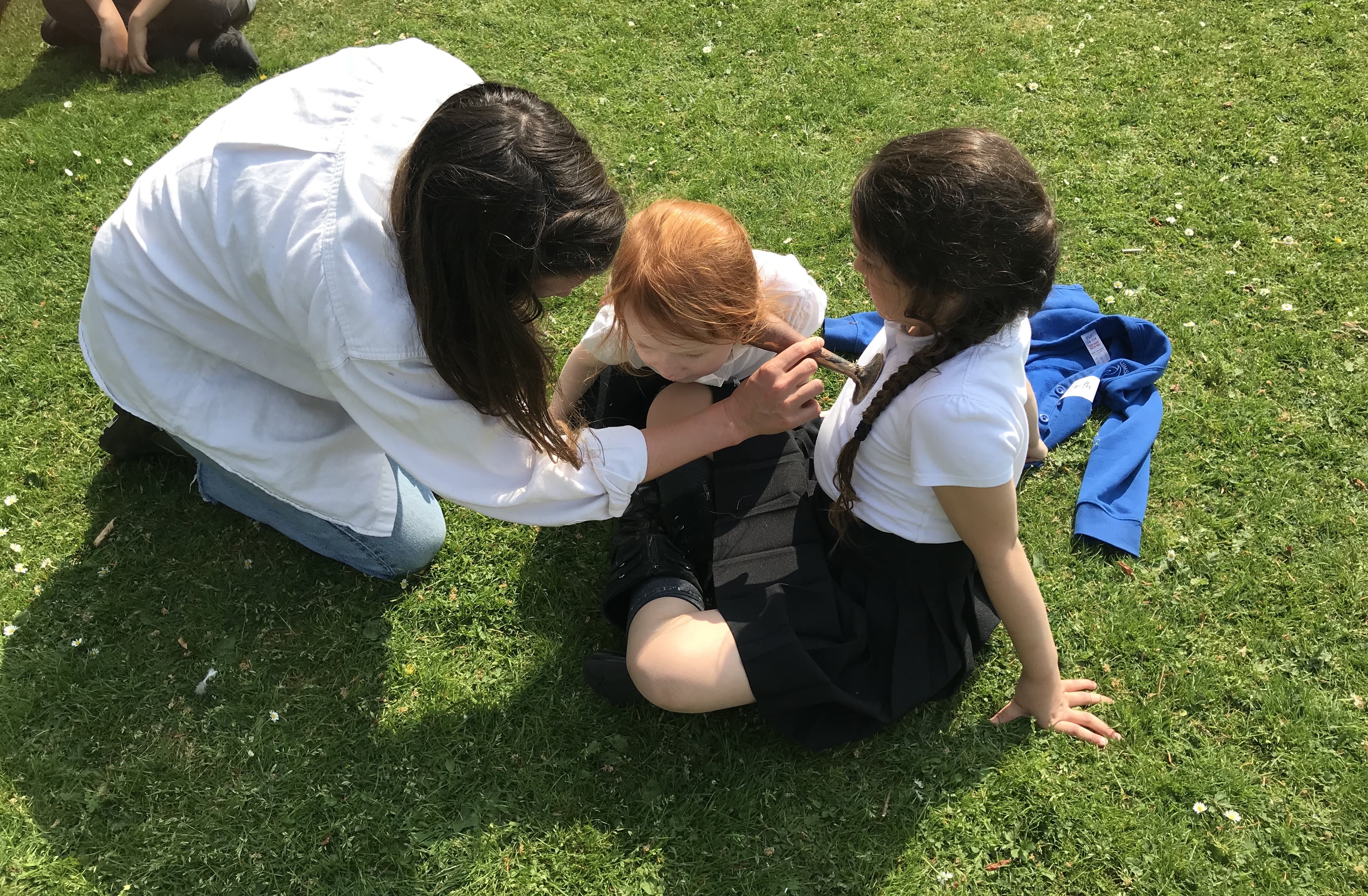 In this exercise, the question became the tool and the kind of attention that was solicited was through their capacity to listen to what was happening inside of their bodies and what was happening outside of their bodies. What happens when you remove the prosthetic? What happens when you become your own assistant? In this particular instance, what happens when the question becomes the tool that guides? The question is the most successful form of a tool transmitted, because it can be a self guided continuation of this engagement. The transition from cupped hands and horn to question became significant when we then sent the kids off to be by themselves and then they returned quiet and able to articulate how they felt in their environment and in themselves.

The state that comes from being by oneself is not unproductive or a retreat. It is a tender correspondence. It’s difficult to know if the expectation to be simple and to lie down and listen was what allowed for the chatter to fall away. The expectation was to be fully engaged with your own listening the outcome of which was a soft focus wherein everyone was present but very much in themselves. This calm attention extended to the pupils listening to each other when asked, “how do you feel?”. The students seemed to carry
their own attention. What it meant to share space changed when we came back into the circle. Now we were all being with one another by being in our own attentive states. This became evident in how the kids were interacting with the grass. They used grass and other materials they discovered on the ground to generate all sorts of things.

If we were to continue working with this group of kids, a larger set of questions that we can see would be valuable to use as a frame are – How sensitive can we become to our own growth? What do you need in order to give attention that allows you to be creative/generative in your person/your thinking? How can we mobilise creative attention and the needs around it?