Out of the Earth – From Turf to Tools Streaming 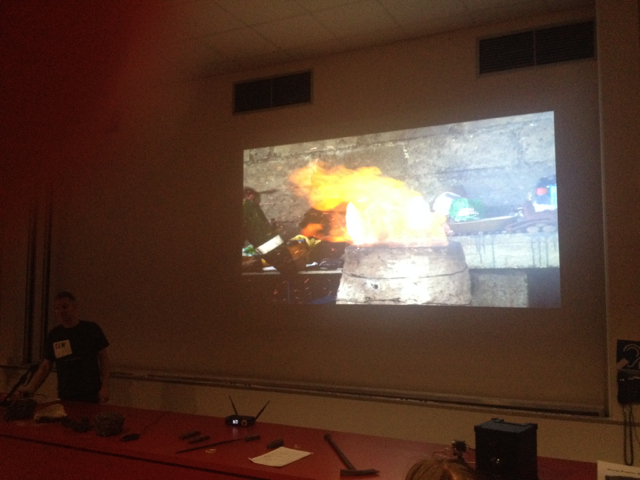 SSW were delighted to be part of the ‘Out of the Earth’ – Streaming Turf to Tools event by Dot.rural Digital Economy Hub as part of the ‘Being Human’ festival at Aberdeen University. The event was a viewing of the From Turf to Tools project facilitated, which took place in August of this year in Lumsden.

From Turf to Tools is an ongoing enquiry that looks to our natural resources, material and landscape. During August 2014, this enquiry led to the recreation of an iron age smelting process through the collaboration of SSW artist/technician Eden Jolly and master blacksmith Darrell Markewitz, from Wareham Forge, Ontario.

Working with dot.rural, this rural cultural activity was linked to remote international audiences online in the form of Out of the Earth. The evening was introduced with a short presentation by SSW’s Director Nuno Sacramento followed by the streaming of footage from the smelting process. 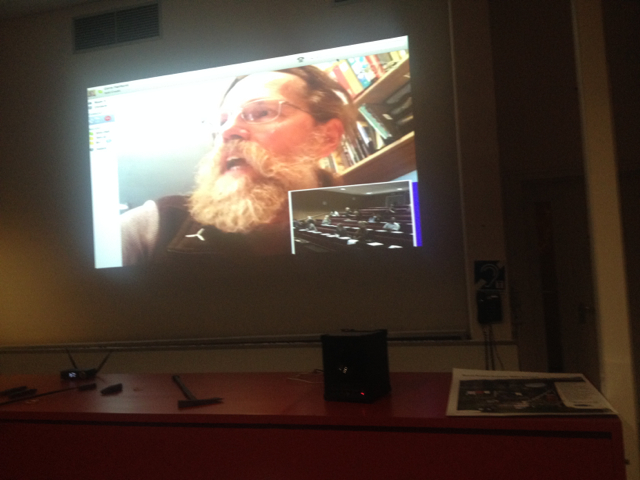 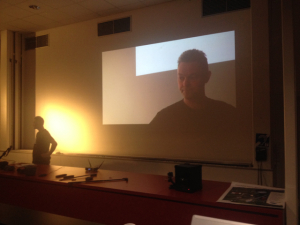 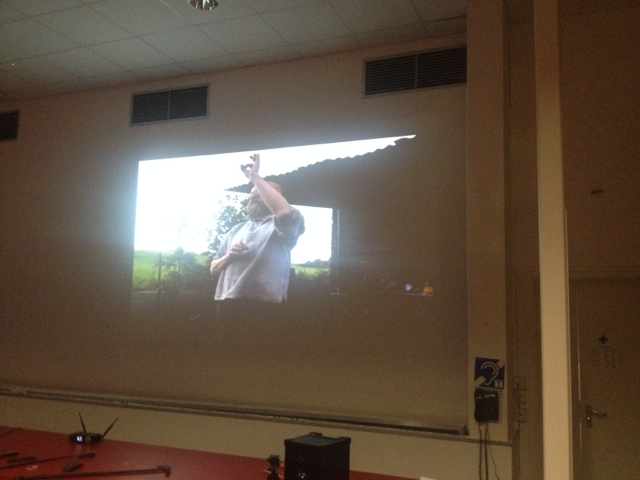 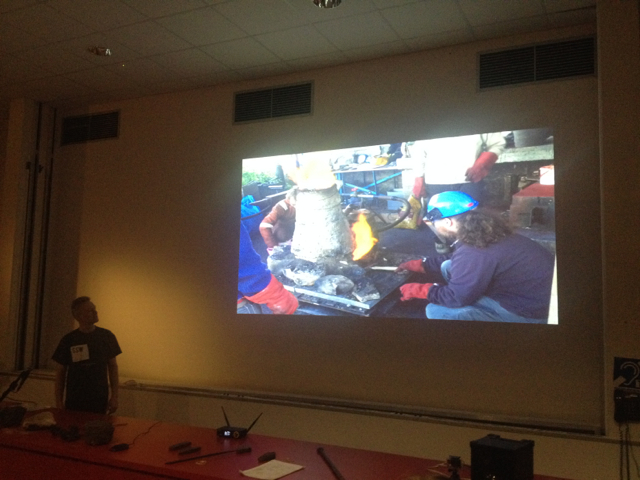 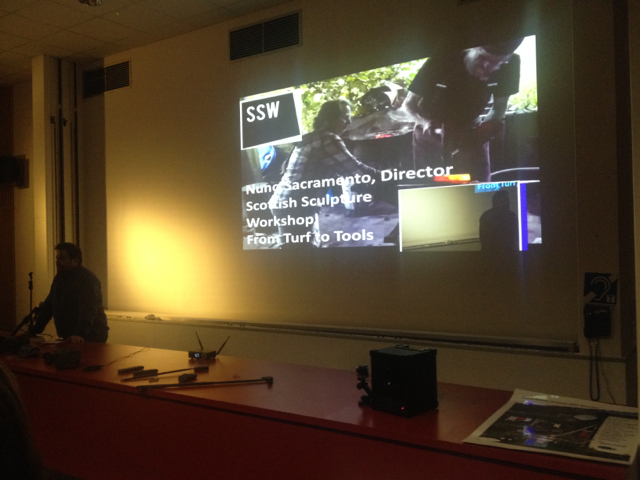 At Out of the Earth, there was then an opportunity for a live Q&A with artist Eden Jolly and Master Blacksmith Darrell Markewitz (who joined remotely from Ontario, Canada)

Audience members were also able to engage with the process of iron smelting through a selection of objects and blooms made during the original event, which will now be on show at Aberdeen Universities current exhibition, details of which can be viewed below.

Elphinestone: Renaissance in the North