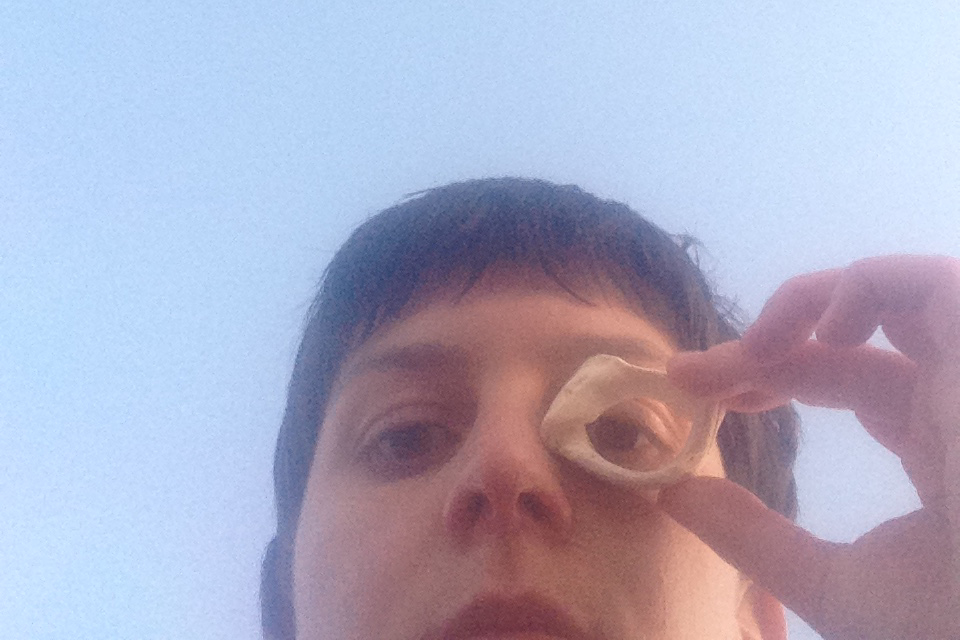 This year we welcomed our first group of Summer Residency artists since COVID-19 restrictions were lifted in Scotland. We were fortunate enough to welcome:

The group were originally planning to join us here at Scottish Sculpture Workshop in Summer 2020, but COVID-19 resulted in this residency being postponed to 2021.

In the following post, Juliet reflects on their time on residency here, personally and as a part of the wider residency group. Juliet made time to not only use the workshop and on-site facilities, but also to explore the wider area and landscape of Aberdeenshire, especially the north coast and Moray. Juliet also speaks to the social and interpersonal aspects of spending time at SSW – often a significant part of everyone’s time here.

Thank you Juliet for your time and energy in putting this blog together!

As someone whose practice involves a lot of organising / producing / communicating, it was very valuable to be physically away from projects for a whole month, only doing minimal communications and limiting the amount of Zooms and other work.

I appreciated spending time learning new skills and making things with my hands: collecting twigs to cast in bronze, and lichen to cast in slip. I sometimes almost felt like these activities were ‘active procrastination’, a way to avoid thinking/ unknown time by filling my days with time consuming tasks! Being in this rural environment working with raw materials also made me wonder about the extractivist nature of art practices… the material sheets and information about sourcing which I received, and witnessing working processes like the bronze pours made it more tangible than in urban exhibition settings which feel more removed from sculptural production.

Each artist came to Scottish Sculpture Workshop with different intentions. Some were very focussed on producing a certain amount of pieces and would spend longer in the workshops/studio than I did. It was interesting to notice when I was “working hard” because I “had” to, as opposed to when I was just following other people’s working routines even when they might not be the right ones for me at that time.

It also made me wonder about how to maintain a daily working practice when I don’t have a studio practice per se, and figure out what was needed to enable me to think positively and creatively.

I was interested to see how I could develop a work/life balance in a new context. I noticed that the longer I spent in the studios, the more it felt like a huge effort to get physically away from them for a walk or trip. Thankfully I met Irena, who lives locally to SSW, through Forge Club. Irena took myself and Aaron on a walk to Tap o’ Noth, and later took me to the coast for a day, which reminded me it was possible and necessary to get out of the workshops regularly!

The day after the trip to the coast, I went wild camping on a hill an hour away from SSW. It was the first time I’d done this on my own, and it motivated me to go camping in my bivy bag for a couple nights on the north coast. These experiences were really inspiring and confidence boosting, as I would like to create more time (in my personal life and in my art practice) with people outdoors who might face barriers to those kinds of experiences.

I facilitated a couple of outdoors activities such as a nightime slow walk and fire during the dark moon at the start of the month, centring on the idea of ‘resting’, and an afternoon of walks and games for queer folks. These were developed from some nature facilitation training I did last year, and running them in an art context with artist participants meant I got inspiring feedback and challenges which were different from the ones I got in the nature facilitation context. I had some interesting discussions around ritual, paganism and appropriation, which has been really helpful for future developments of that side of my practice.

Throughout the month, a really important part of the day – the main social part – was the dinner. Myself and fellow residents (often joined by SSW staff member, Zoë Tumika) took turns to cook for each other and ate together. That tradition of all of us gathering in the bothy roughly between 8-9pm helped take the edge off the intensity of living on site and spending so much time in the workshops and studios.

An absolute highlight of the month was the karaoke night which happened in the SSW Communities room, organised by the residents for Alex’s birthday, with all the artists and Zoë. It really stood out as a special moment as we started with our traditional group meal and then the night moved into collective singing and dancing. This reminded me of the importance of singing, dancing, and partying in bonding between people, enabling a different way of communicating and being together. Really made me want to bring back more singing into my life and perhaps include it in my practice more!

On our last night at SSW, I facilitated a ‘circle of appreciation’ for the artists, Zoë and Irena, where we took turns telling one person at a time what we appreciated about them and what we’ll remember them for. I’ve facilitated this in a few different contexts so it was interesting to try it with a group where several people expressed being quite uncomfortable with the idea of giving/receiving gratitude in a group. It reminded me that marking the end of an experience is important, and motivated me to keep finding ways to bring these practices into new contexts even if it looks like it might need some convincing or adjustments.