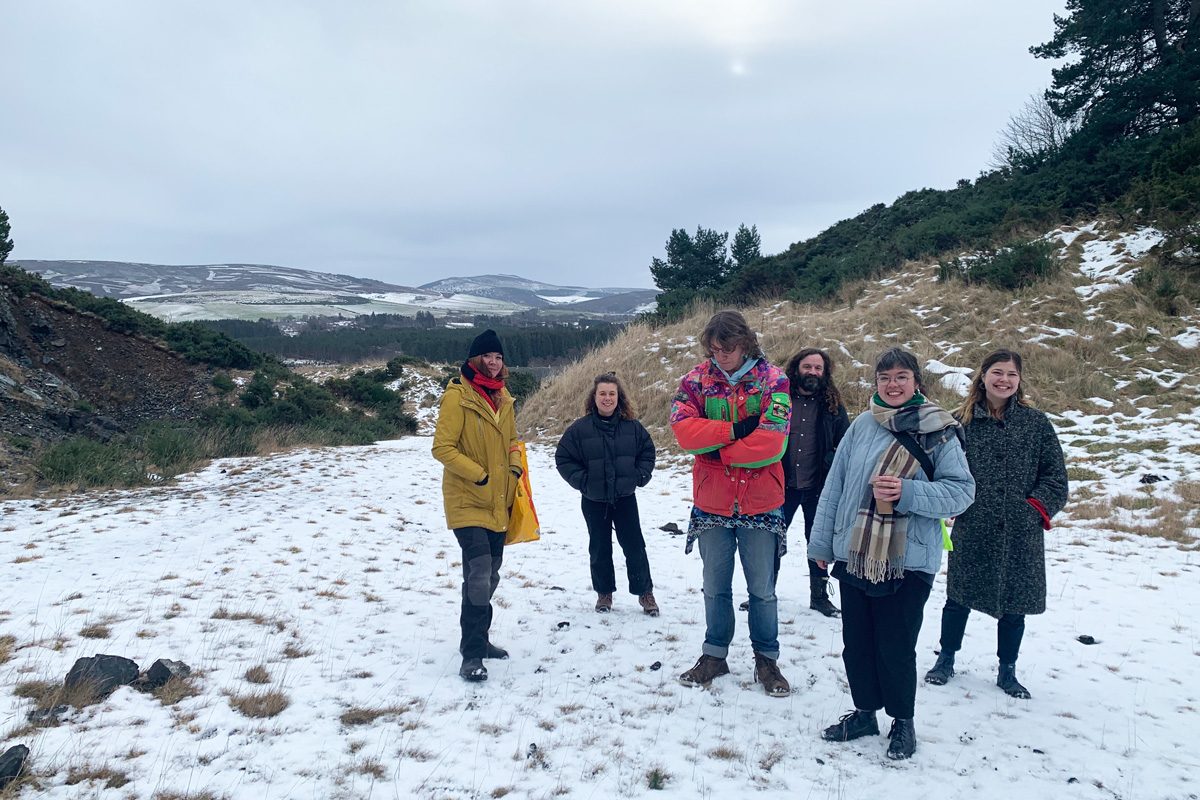 All artists responded to our Winter Residency call, which explores the muddy tensions between materiality and extraction within a time of climate breakdown. Here we share their plans for the residency period and an insight into their interests and practices.

Eloïse is interested in the process of formation, and the contexts and environments which make it possible. Led by physics and natural processes, she analyses the changes in elements and states to recreate situations in her work, in which materials intra-act, evolve and take form over time. At SSW, Eloïse intends to experiment with materials and techniques with a “full body commitment in the making process”, to learn from the processes and the material states at each step.

The mutability of objects, porosity of bodies and considerations of language are central to Fionn’s work – integrating critical theory and historical research with material investigation. At SSW she will be testing a ceramic glaze with the dust of fossilised dinosaur bone fragments, addressing the ethics of working with material simultaneously mineral and animal, the slippery bureaucracy behind land ownership and production of value alongside questions of extinction, absence and persistence.

Cassia’s practice explores the unpredictable peripheries of swelling water bodies, acts of erosion between materials, and the space that exists between suspense and action. At SSW she hopes to develop ideas stemming from the coastal boundaries of her home in Orkney. Learning and fortifying skills, such as casting in iron and working in ceramics will feed into new work and research.

David Moré is a sound/video/whatever artist who has recently moved to Glasgow from Richmond, Virginia, USA. Thus far at SSW, he’s made recordings of objects on site, and will eventually make speakers out of garbage. He’s also making a mould of a snowman candle, to be cast in iron. David hopes to learn more about ‘the trouble’, through the residency programme. Previous work includes a synthesiser and home built radio telescope, and a video based around a blue plastic pill.

Leila’s practice considers how materials can communicate ideas, experiences and memories as phenomena innately. With materiality and process being central to her work, the residency will support her to explore the non-human, towards her current research and new work. Time at SSW will enable Leila to work with unknown processes, such as ceramics and iron casting, alongside familial ones, bringing new skills and ideas into her research.