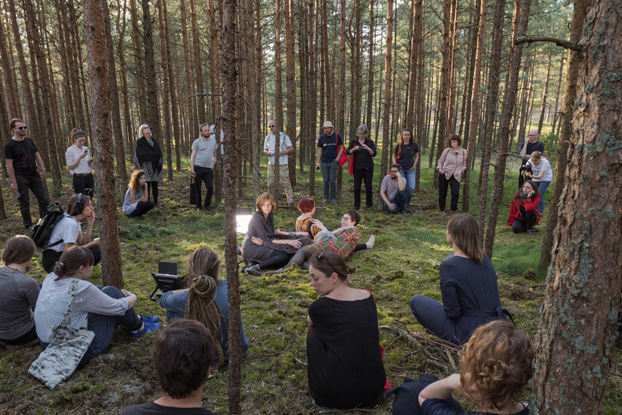 In 2017, Scottish Sculpture Workshop was part of the Inter-PAGAN network, founded to research, discuss and perform indigeneity within contemporary art, music and new media in Northern Europe

Inter-PAGAN’s response to recent questions of indigenous culture and the beliefs that are being widely interpreted and reconstructed and aims to deepen discussion with criticality of nationalism and “local” cultural superiority. The network  focuses on the contemporary-traditional Northern European relationships between people, their cultural practices, belief-systems, and the natural environment in which they are interdependent for survival. Among them are recent phenomenons like neopaganism, technopaganism, ethnofuturism, ecopaganism, neotribalism, etc.

SSW is working with artist and PhD candidate Naomi Pearce through a 3 month residency to understand this research with specific focus on female and queer perspectives and readings of  North East Scotlands landscape. Read the outcomes of Naomi’s residency, Every Contact Leaves a Trace.

Partners, artists and researchers will gather in to share this new knowledge at Nida Art Colony’s 8th Inter-Format Symposium in Lithuania at midsummer 2018.