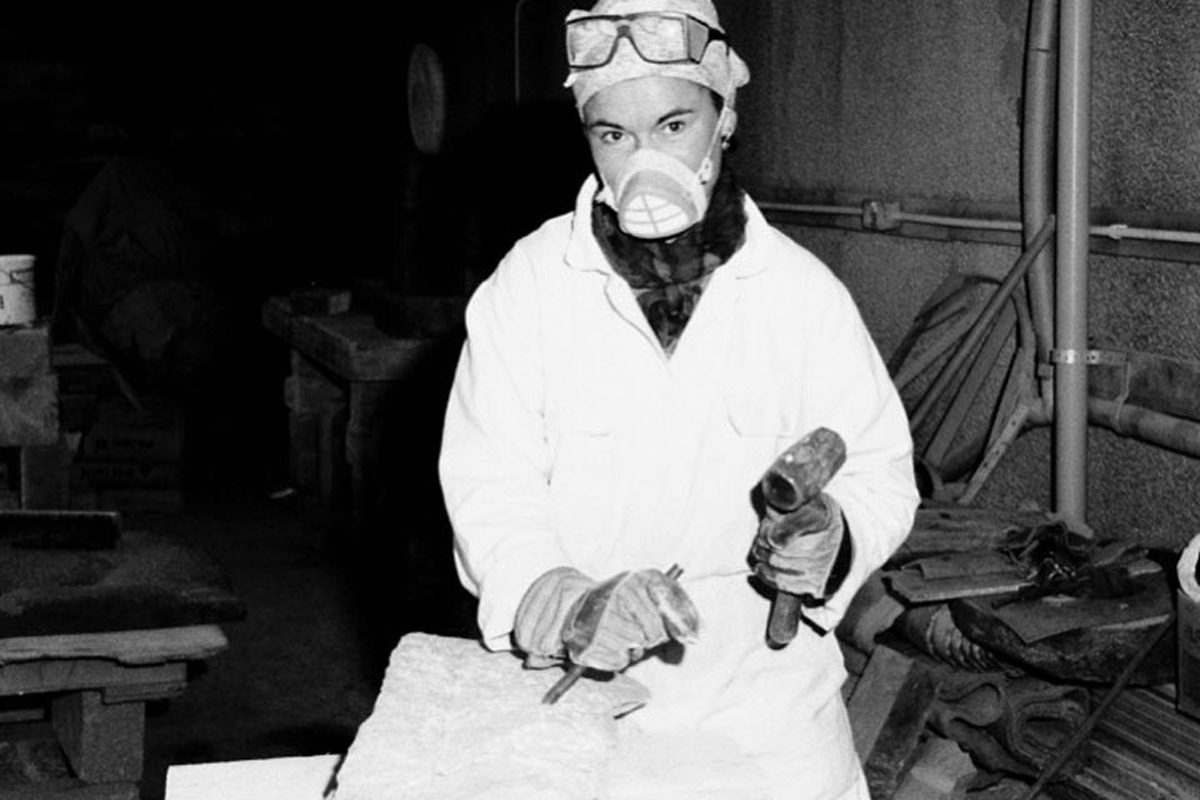 Every Contact Leaves a Trace gathers together selected materials produced by Naomi Pearce as SGSAH Researcher in Residence at SSW in 2018. The project builds upon Naomi’s PhD research into the histories of artist studios and gendered labour practices, in response to our call out which focused on uncovering overlooked local histories, with a focus on feminist and queer perspectives.

Naomi chose to respond to SSW itself, in the hope of generating alternative and resistant readings which challenge the dominant narratives of what is known about the site. A significant aspect of the residency saw Naomi develop and test out her ‘forensic feminist methodology’ in a rural location. This combines a speculative approach to writing with archival practices that look, listen and touch carefully.

During her time at SSW Naomi studied the archive, writing about its uncategorised material, the documents and photographs of unknown provenance. She interviewed women connected with SSW, past and present. Alongside this, she carried out embedded experiments, writing field notes in the foundry and ceramics workshops, observing the residency artists as well as technicians Eden, Uist and Beth. She asked questions: in what ways can the workshops themselves be considered archives? Is it possible to capture the tacit knowledge of these spaces in text form? How to embrace what Jo Melvin has called the ‘dirty matter’ of archives, or as Ann Cvetkovich proposes, operate as an ‘archivist of emotion’?

Towards the end of the residency Naomi led a writing workshop, Nine Parts Navvy, as a means of sharing her research and generating material collectively from the SSW site. Twelve artists, curators, archivists and researchers, some based locally and others further afield in Scotland came to SSW to stay for a couple of days and participate in three writing exercises.

As part of her residency, Naomi also presented research in Inter-PAGAN network’s 8th Inter-Format Symposium at Nida Art Colony in Lithuania, at midsummer in 2018.