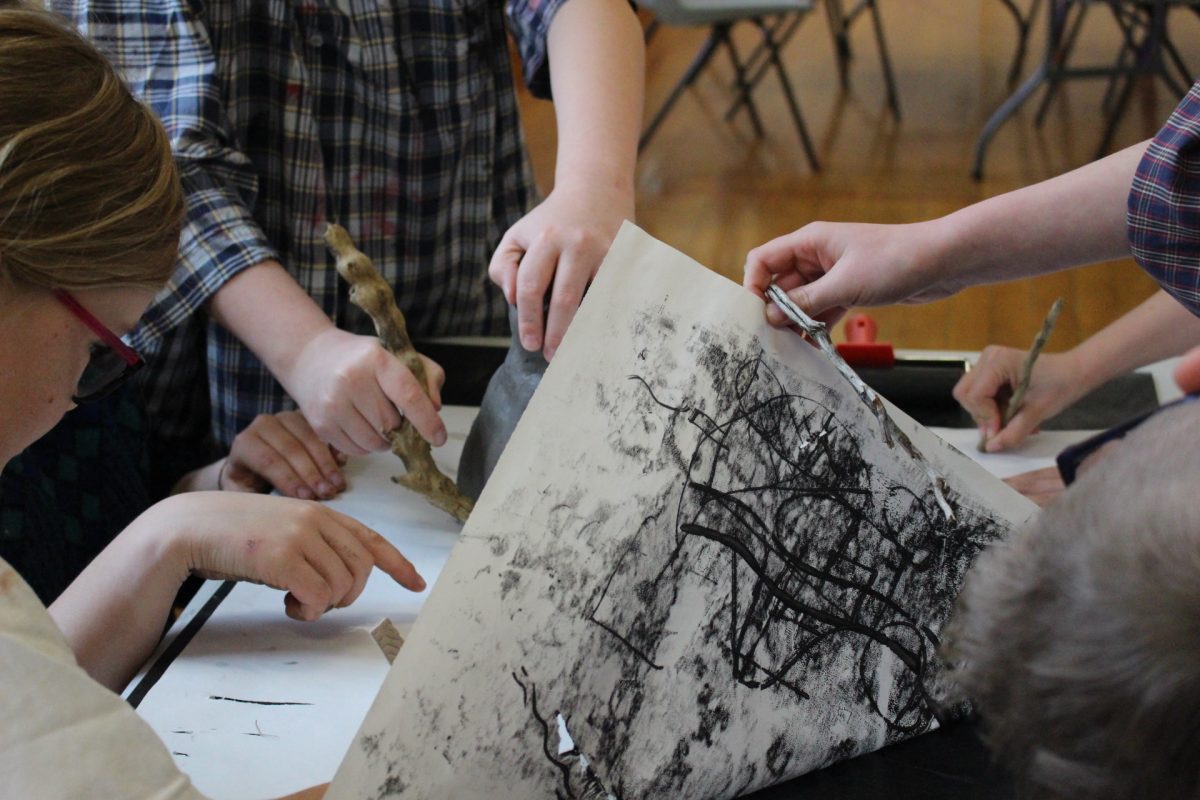 Our first Lumsden Residency artist of 2019 is Coral Brookes, an artist whose practice sits across and between artefacts, design objects, construction and cartoon motion. Through her works, she explores tensions between functionality and fictionality, play and productivity and has recently been reflecting on the material construction, town planning and advertising of the 1968 Telford New Town where she grew up.

In the reflection below, Coral shares ideas, thoughts, snapshots and outcomes from two workshops with Lumsden Primary School. Coral joined us from June 2019 for a month long residency alongside the first of our Summer Residency groups this year, and will return to SSW in November this year to share some outcomes of these workshops alongside Lumsden Primary School students at our 40th anniversary celebrations. 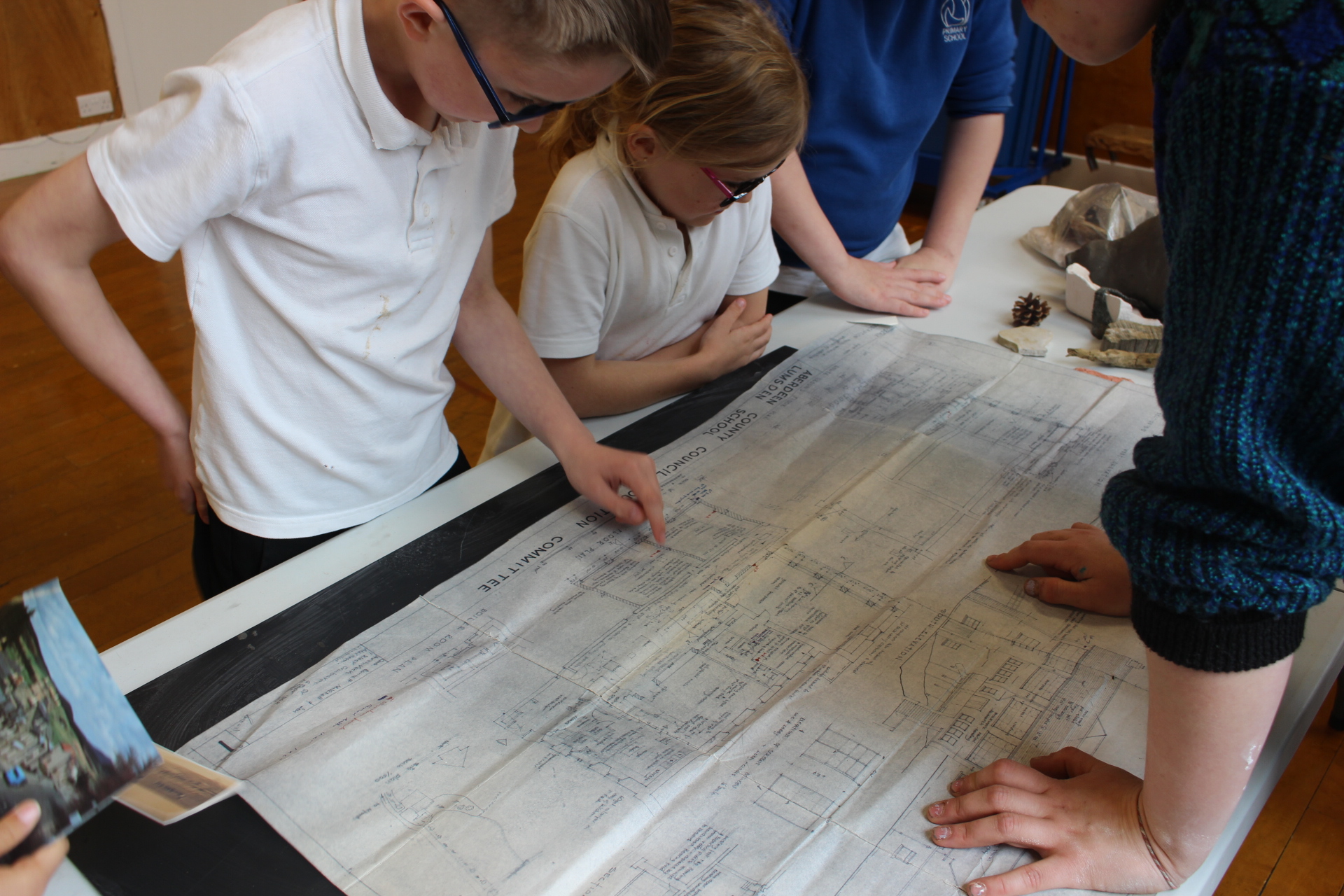 For the 40th anniversary with Lumsden Primary we have been reimagining the ‘timecapsule’ as a site to build a wobbly archive of the group’s experience.

What is a time capsule?

a monumental object boasting historical knowledge? – a slimline, seriously shiny, flat pack snapshot of a lived experience squeezed into pods, relics and records revealed with an unwavering sense of certainty?

‘you bury them for people in a future time to see what things were like long ago.’ but, someone in the group asked.., ‘what about if someone digs it up just after a week… a month… a year? Is it ruined?… what changes in a year?’ someone proposed: ‘nothing’, another, ‘not much?’ or then again, ‘alot? … its uncertain…‘the colour of my mums hair,’ ‘the playground in Lumsden,’ ‘nature,’ ‘video games’…’ all crept into the conversation.

Through this conversation with the group it became evident that the time capsule can open up multiple processes, layers, time zones: observing, archiving, unearthing but also imagining and fictioning in the same breathe or gesture. I became fascinated by this potential.

Through two workshops so far we began to build a time capsule as a site fertile for ideas and processes, more playful-performative than productive, more fictional than functional, and misbehaving and sprawling as a document of time, space and experience. 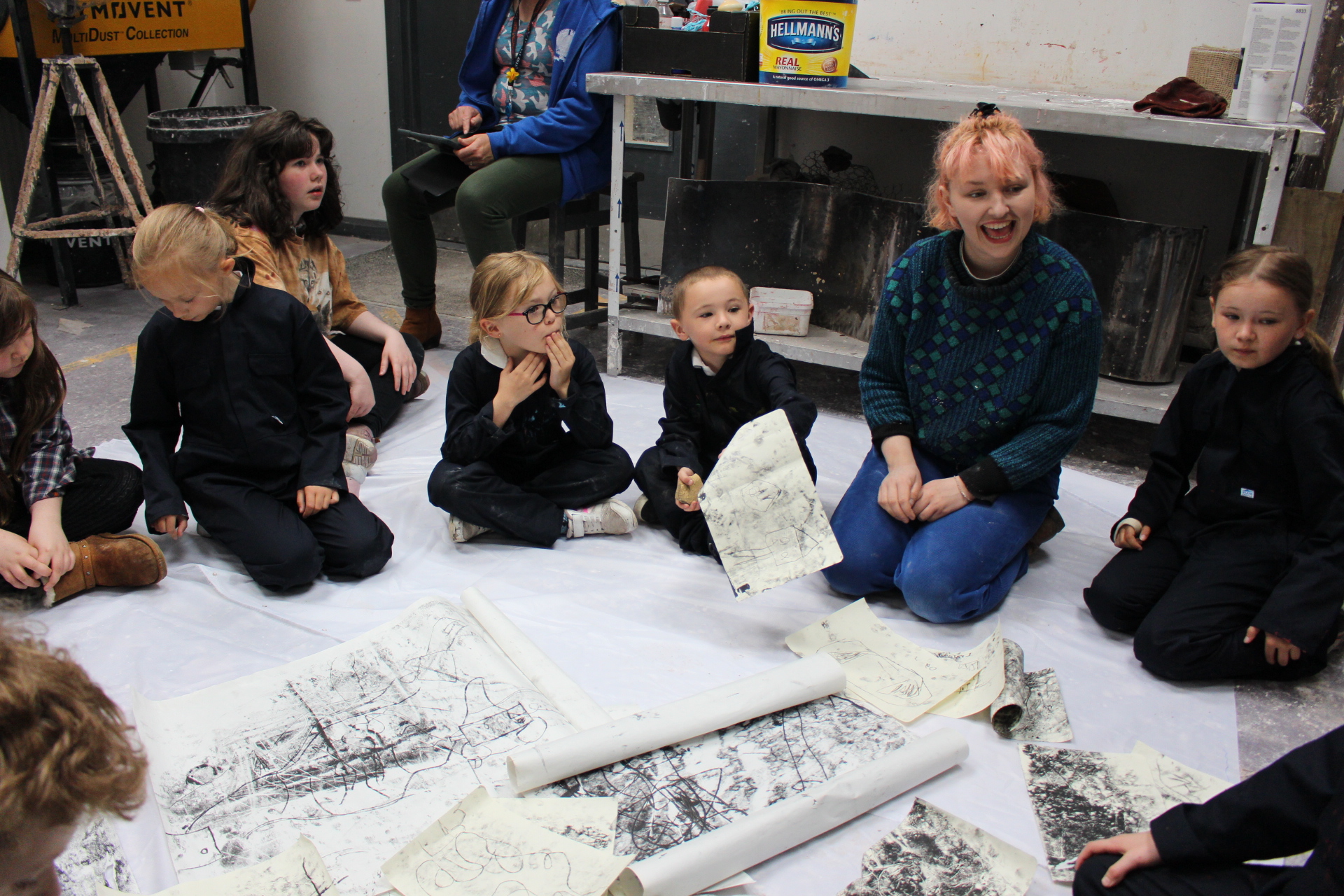 I was keen to start the time capsule project by exploring the school’s archives with Lumsden Primary School as I have recently been creating sculptural forms/ prints reimagining the 1968 Telford New Town archive where I grew up, reflecting on the material construction, townplanning and advertising as structuring space and narrative of people and place.

In an after school club session at the school we plunged into the school’s archive and began to reimagine it through the group’s own experience, viewpoint and imagination. I was interested to see how the group identify with the Lumsden archives (blueprints, maps, postcards) or if they would be read as another world entirely due to their old fashioned text type, clothes worn in photos or density of the world read through the wiggling lines of a faded map.

We enjoyed looking at the plans of the school and exploring objects I’d found and collected (sheeps wool, pebbles, bark, pine cones) as well as those I’d started making on arrival to Lumsden (for casting, jesmonite tiles and plaster fragments). Where were they from? who made them? and for what function? what stories/narratives can we draw based on their form/texture/shape/material? I am consistently interested in the fictional-functional status of objects: design objects, artefacts to playground apparatus and what they embody. 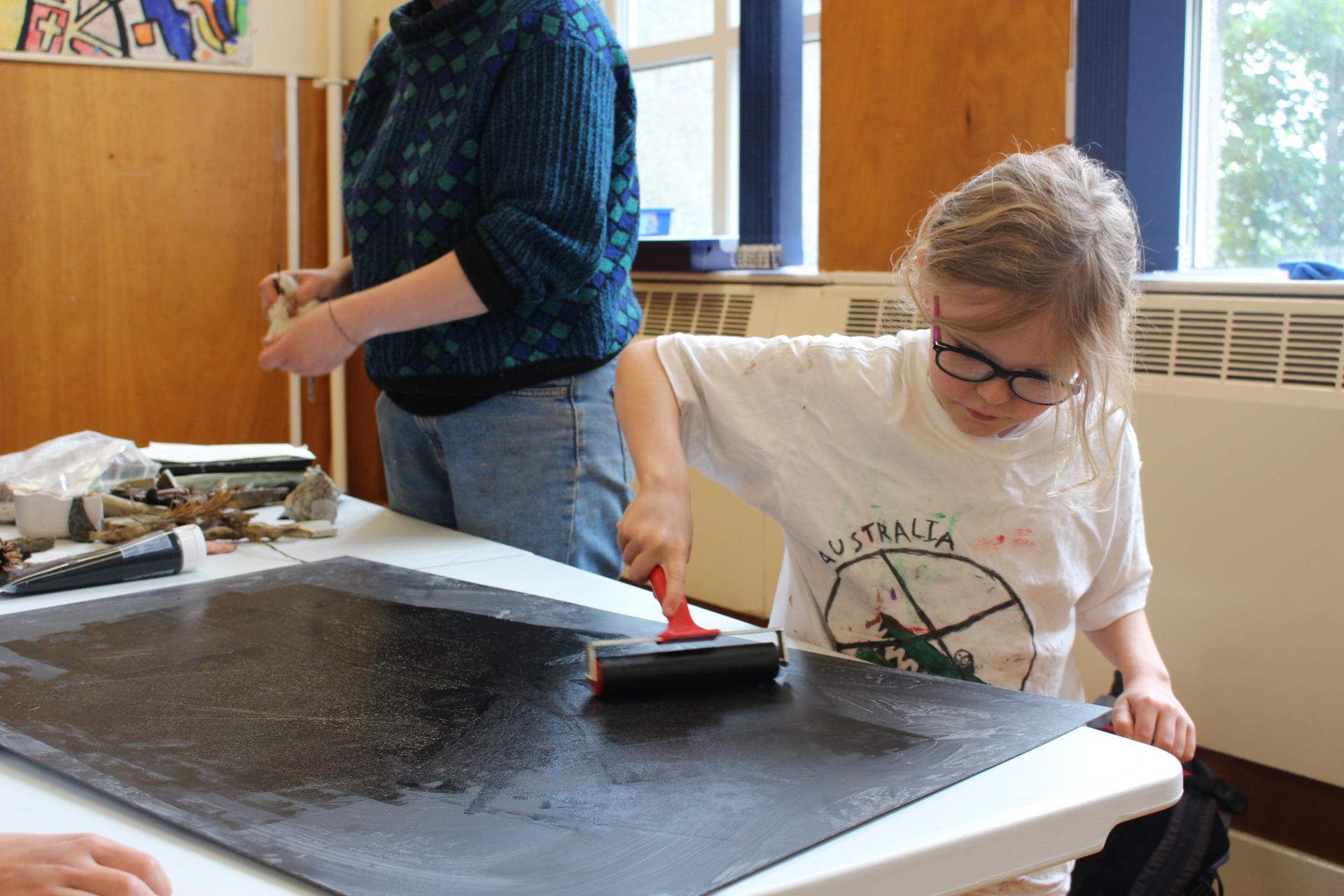 After exploring this archive, we used the objects as tools for mark making, creating traces translated as monoprints. The children were invited to use the objects to trace a journey, invented or recalled. We used the various objects, pressing hard, light, soft, twisting, turning across the page… creating a print that when revealed was consistently moving from harsh-soft, sporadic to considered. Areas of the prints were representational, there were trees visible in parts, lines for tracks and modes of transport, whilst others showed swirling and scattered marks of alternative worlds and landscapes.

The group described the merging of landscapes they mapped: locations in Lumsden, spaces in video games, the playground, the school grounds, the forest – navigated through playful gestures on the page to scribbled investigations to see how the marks made blind translated to print.

fossils for the future

In our next session we developed this process of creating traces further… we started the session by walking through the sculpture trail by the primary school and collecting items along the way, fragments from the natural world and manmade residue… bottle tops, leaves, twigs, a small tyre, flowers. what is an artefact – something found, something made? what is a fossil? something unearthed or fabricated?

Using clay we rolled thick sticky slabs and used the objects collected on the walk to create imprints like tracks and traces. Building a wall around our clay drawing, we then mixed and poured plaster in a messy, chaotic scrambling format, which seemed to speak to enacting an urgent burial for a pocket of time. 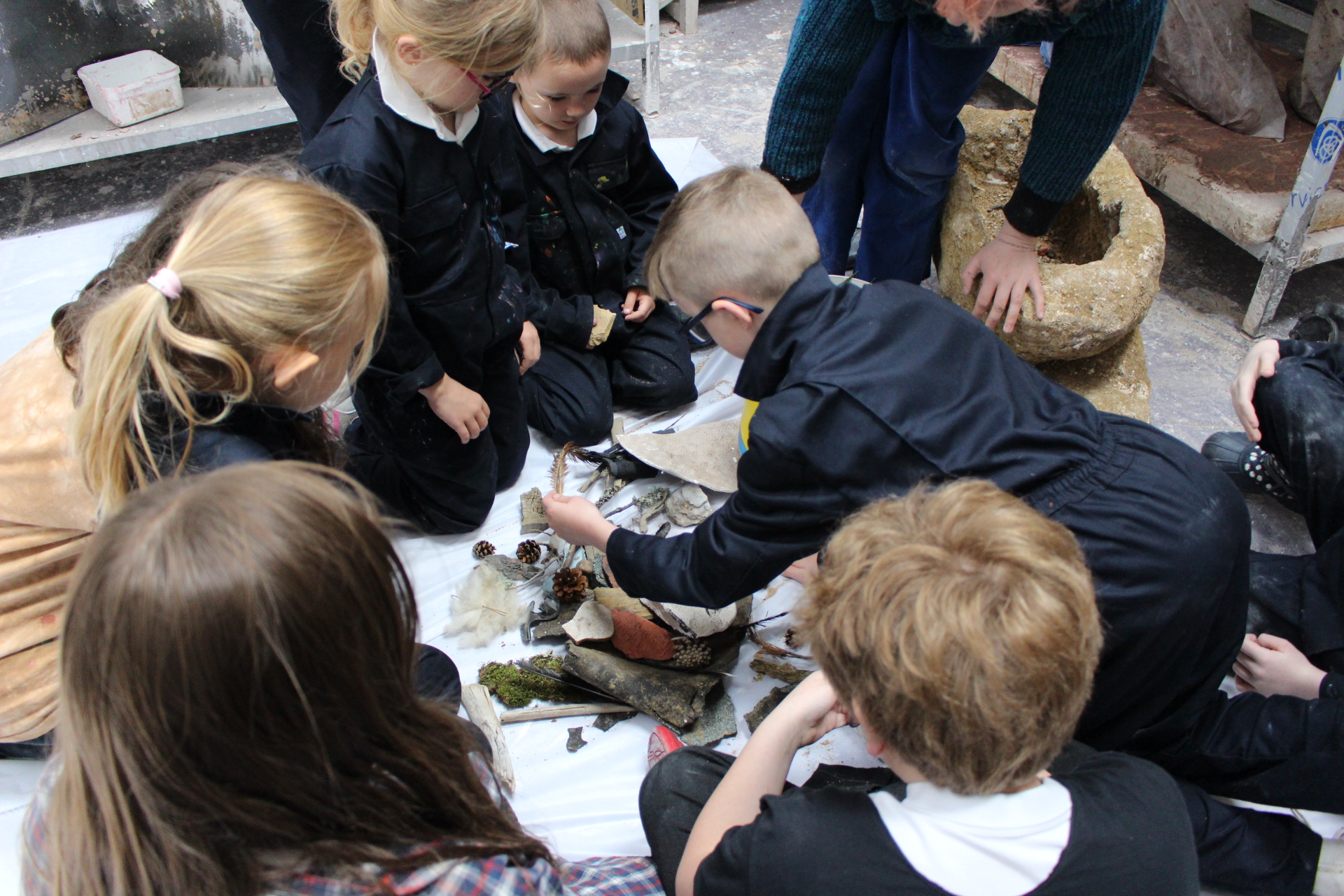 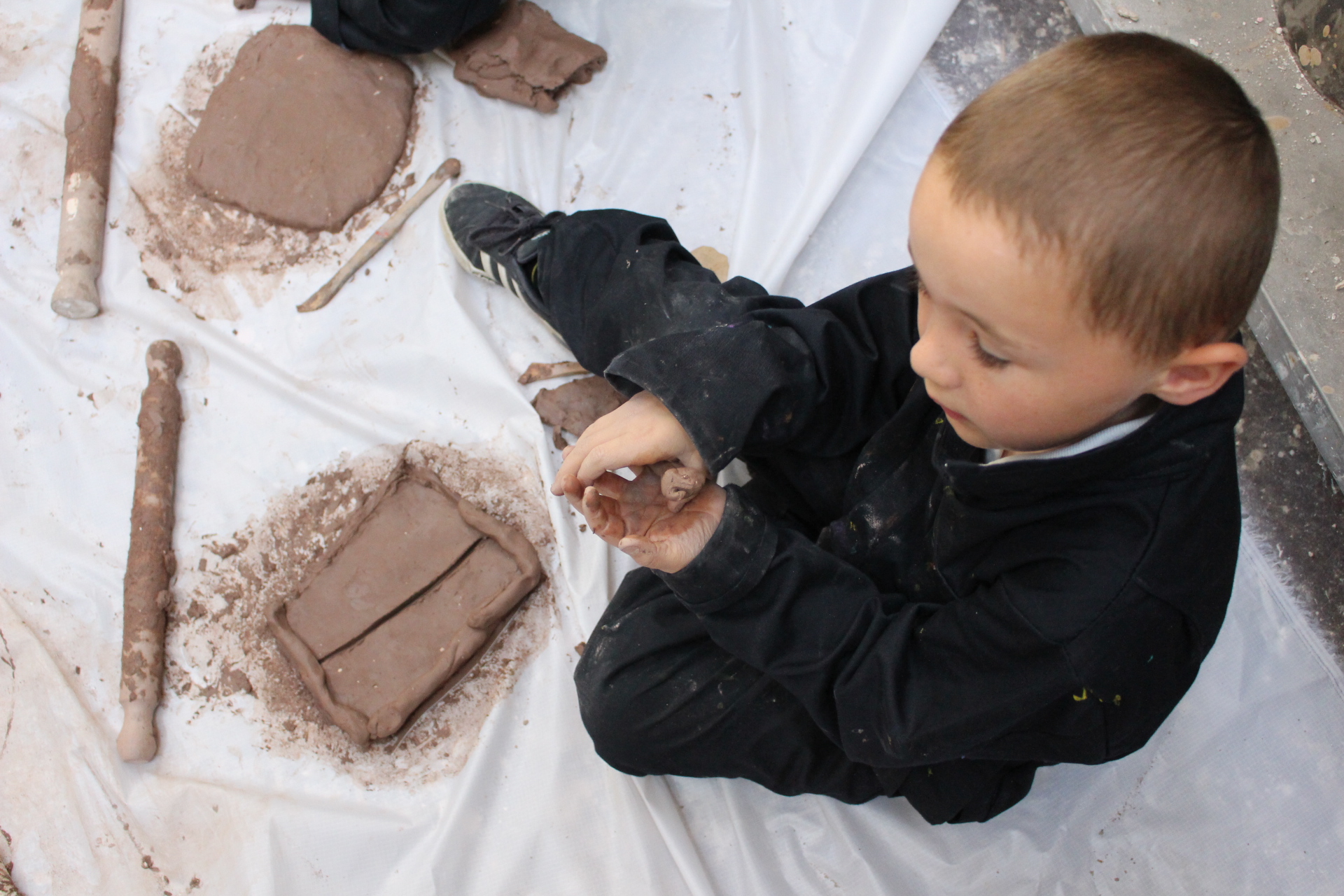 What was created when the plaster was set and unearthed from the clay encasing perhaps reads as a form of language. An archive of contemporary cuneiform that seems to be like, residues of our conversation about time, milestones for local places and documents of a playfulness and exploration in a moment of making. They read as fossils for the future but perhaps equally exist as traces of our playful voyage through imagined and tangible worlds. 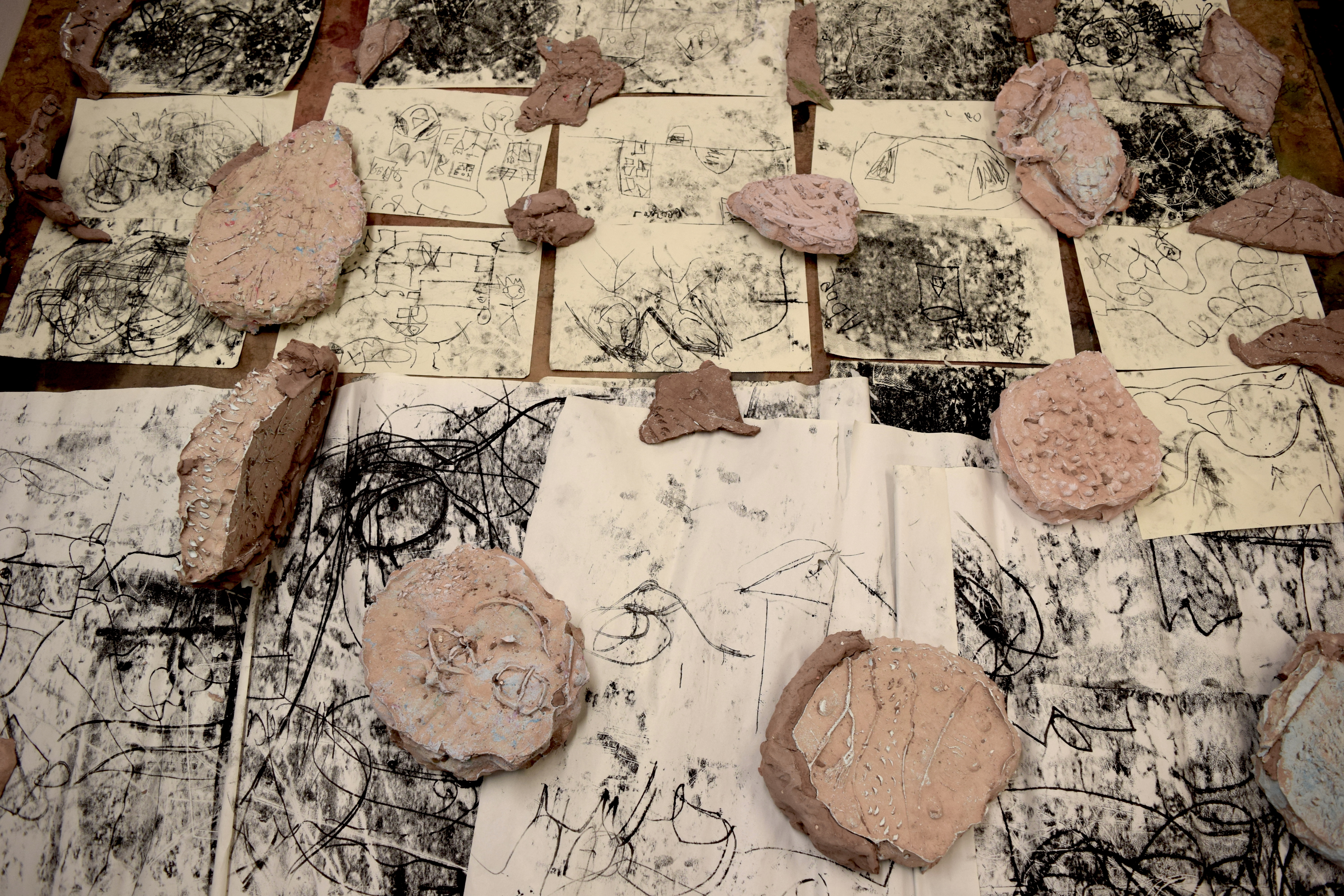 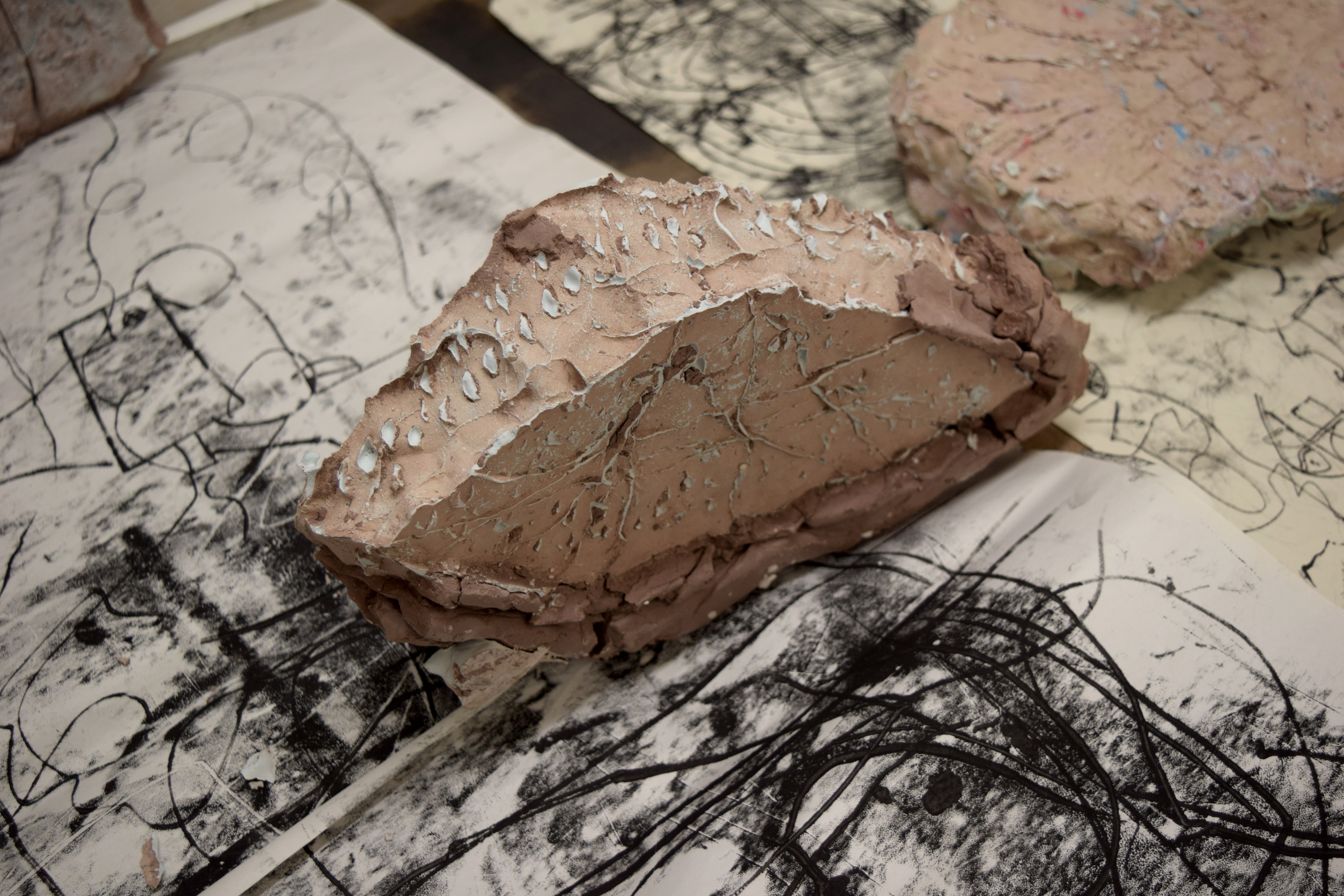