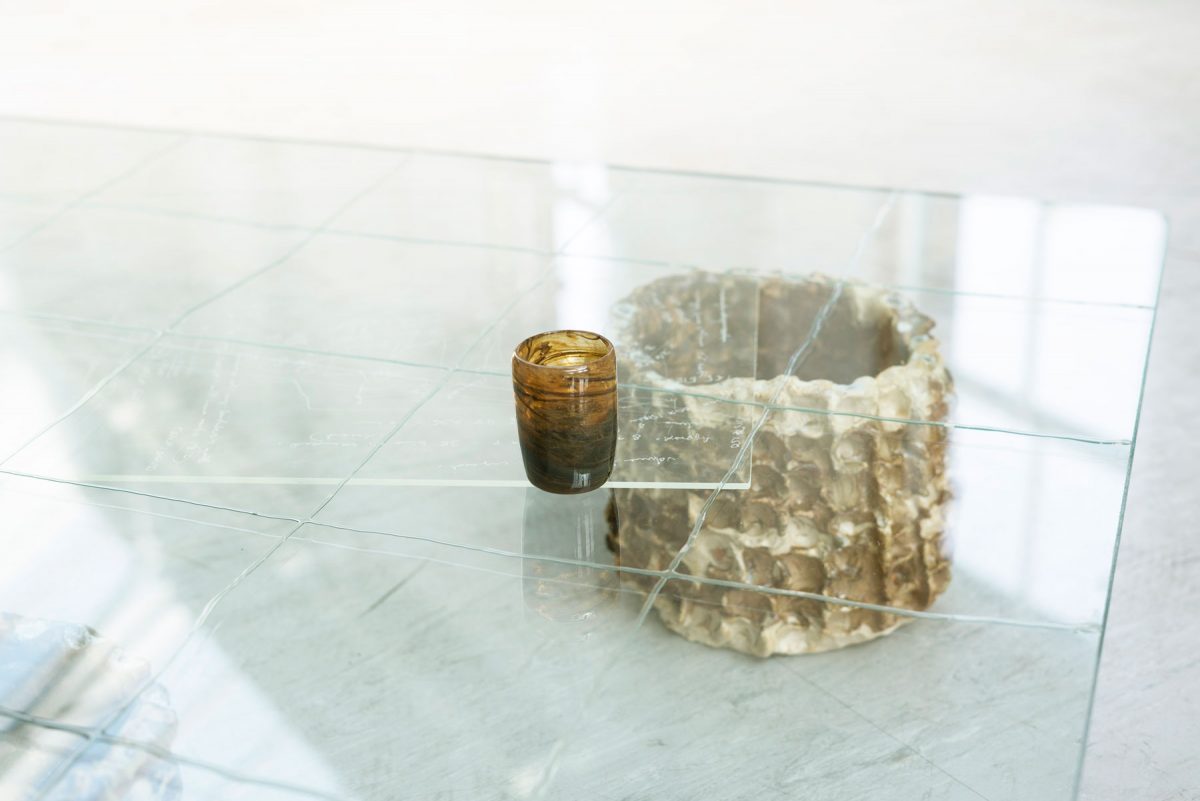 As always, it’s been a pleasure to work with The Royal Scottish Academy to support the RSA Residencies for Scotland programme. We are glad to announce that Glasgow-based artist Fionn Duffy has been selected as SSW’s RSA Resident for 2022-23.

Fionn’s practice is motivated by the question, ‘How did we get here?’. Using objects, video and text, she creates spiralling narratives that explore ethical and ecological concerns, often working in collaboration with other artists, enthusiasts and researchers. Reframing cultural, mineral and historic research, Fionn traverses the increasing distance between material origins and current systems of production and ownership, through in-depth cultural, mineral and historic research.

The RSA Residency for Scotland will support Fionn to develop research and material explorations related to Barvas Ware, in partnership with An Lanntair on Lewis. Barvas Ware was produced in Lewis in the late 19th and early 20th century. It was made from rough clay, and imitates china tea sets and factory-produced Staffordshire Ware, which were popular at the time. While Barvas Ware was collected by those in cities like London and Glasgow as examples of a “survival of primitive times” (Glasgow International Exhibition Guide, 1901), these pieces were produced for a tourist market, developed/departing from functional Ware, and made by just a few women over a few decades.

Fionn is interested in how the story of Barvas Ware undercuts popular cultural hierarchies and highlights the parallel realities that Lewissian makers and city-folk occupied in the early 20th century, harnessing romantic imagery of the past to the benefit of their present economy. She will explore if Barvas Ware can expose the idea of “tradition”, as narrative-weaving, offering an expansive understanding of how identity is produced.

Through this research, Fionn will also consider questions surrounding the doctrine of cultural hierarchy, most clearly embodied through the various colonial projects of the British empire, but imitated in the ways in which the “cultured classes” of the early 20th century approached material culture of the Highlands and Islands.

Fionn Duffy will be resident at SSW in October 2022 and again in February 2023.