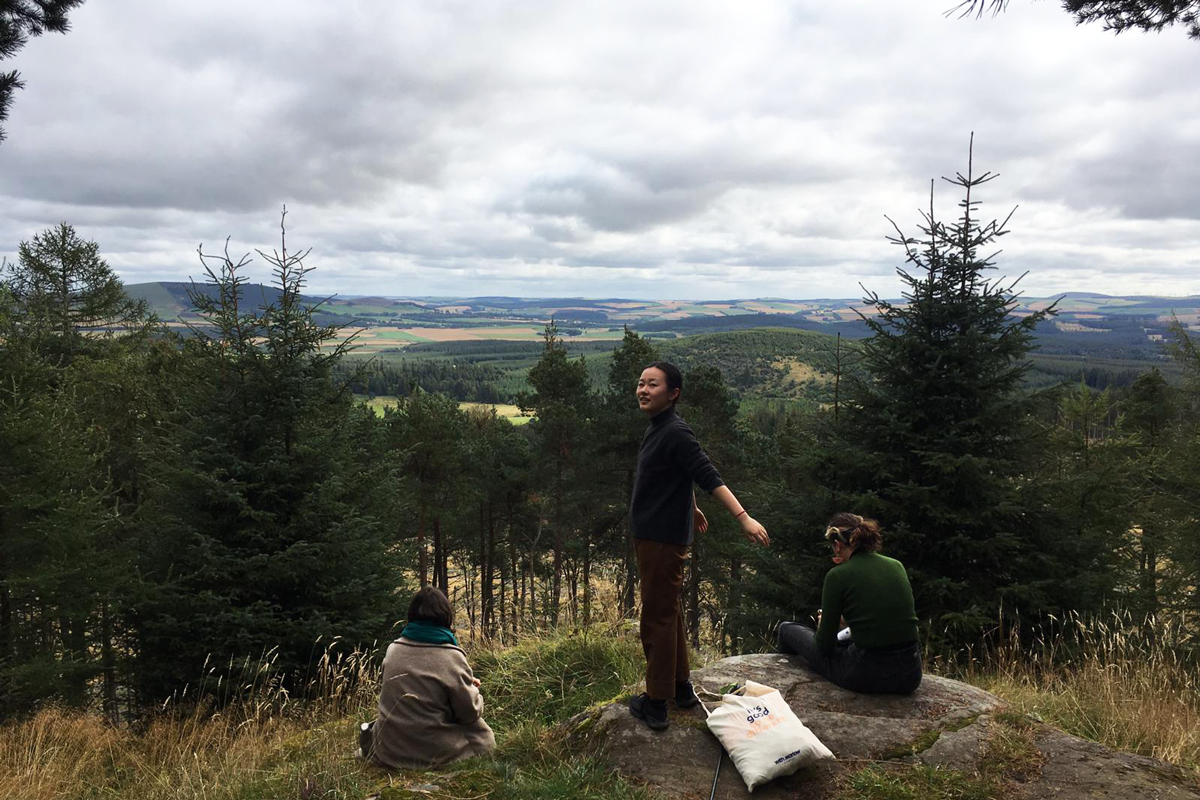 A new group of residents has arrived at SSW for the third and final Summer Residency of 2019, and the site is buzzing once again. Below, we share an insight into their practices, and their plans for the month-long residency here.

With a background in fashion, Na uses assemblage and cut-up fragments from literature as the starting point for her work. At SSW, she wants to explore new skills in making objects, particularly in ceramics, towards her assembled, humorous works which bring together painting, fabrics, digital prints and sculptural elements. The departure point for her work here is The Futurist Cookbook, by Filippo Marinetti.

Sophie is predominantly a video artist, but also works in installation and performance. Her practice interrogates the consequences of ‘when togetherness goes wrong’, or how we fail as humans. Previous works have looked at borders, exclusion and the establishment of Fortress Europe. At SSW, she will be pursuing a project based on her research on jellyfish, alongside loopholes in communication. She plans to visit Oban to record interviews around marine life in Scotland.

Rueben recently graduated from Goldsmiths in London, where he explored kinetics and alternative mechanics through sculptural processes. There is often a cyclical element to his works, which have a life-cycle beyond presentation. At SSW, he is keen to experiment with found natural materials, and plans to build his own kiln that will double as an oven to explore the relationship between ceramics, eating and sharing.

Maarit’s practice is interdisciplinary, and although trained as a photographer, she now collaborates with a dancer and works across many media. Her passion is language, and her projects are underpinned with an autobiographical element relating to her family history. Here, she wants to experiment in metal and other materials without the constraints of having a specific goal, testing process and materials in the studio and workshops.

Kirtsy’s work is rooted in the idea of care and support. Through her practice, she often provides a venue for meeting and discussion, bringing people together within a space. She has just finished an alternative learning programme, Syllabus, but as it did not include a studio element she is looking forward to accessing the facilities at SSW towards a new body of work. She is eager to learn how to weld, and plans to make rug beaters and other objects. She is also preparing work for an exhibition at the Glasgow Women’s Library.

The third Lumsden Residency artist, Eo, has been on site for two weeks now, and has thrown herself into a range of processes with an eagerness to learn and experiment. Eo’s practice is concerned with feminist perspectives, the everyday and craft processes. Her workshop with the children of Lumsden Primary School will be based around developing a musical performance, to be shared at SSW’s 40th anniversary celebration.